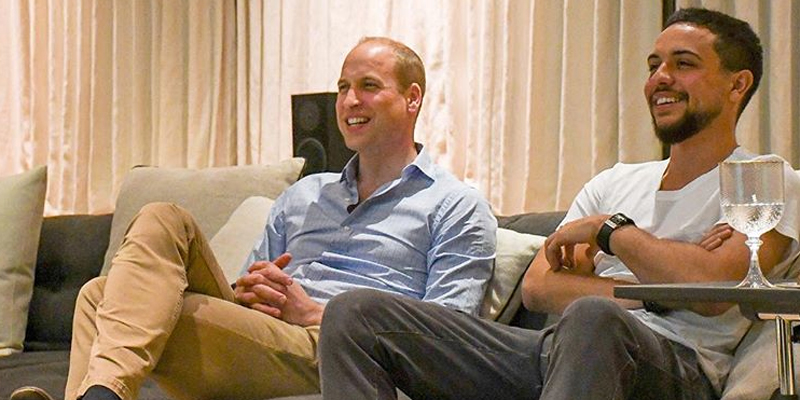 He and Crown Prince Al Hussein even found time to catch a World Cup match.

If we didn’t know any better, we’d think the photo above was just a couple of mates catching up over the football.

But no, of course, that’s Britain’s Prince William, the Duke of Cambridge, and Jordan’s Crown Prince Al Hussein.

Read:
Prince William is coming to the Middle East this month
Can we talk about Crown Prince Hussein’s wardrobe for a minute?

Prince William touched down in Jordan yesterday for his tour of the Middle East, which will also include time in the West Bank.

Thank you Crown Prince @alhusseinjo for the wonderful Jordanian hospitality! The Crown Prince drove The Duke of Cambridge to FabLab to meet young people involved in his @cpfjo Foundation.

From there, Prince William and Crown Prince Al Hussein headed back to Beit Al Urdun Palace to catch up on England’s World Cup game against Panama.

Prince William avoided hearing the score all afternoon so he could enjoy the match, Kensington Palace said on Instagram.

Hey, it certainly looks like he and Crown Prince Al Hussein got right into it, and England ended up winning 6-1.

We’ll keep you up to date with the rest of the Duke of Cambridge’s time in our part of the world.