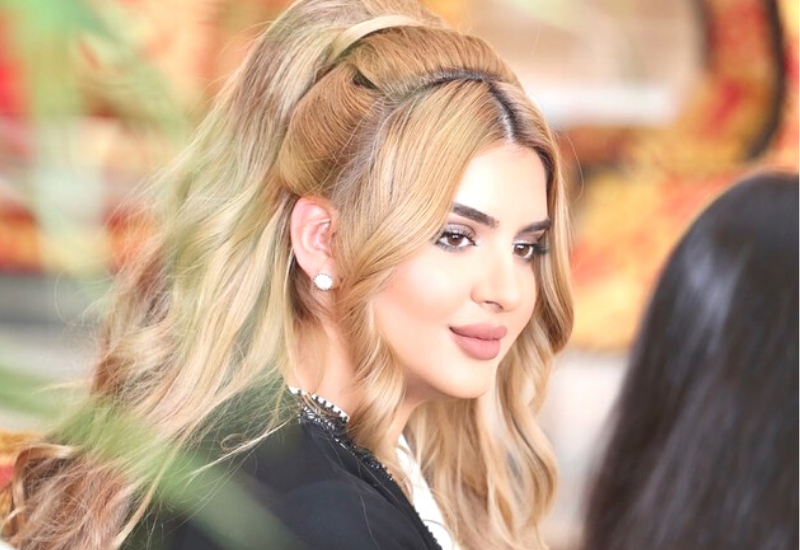 Over the weekend, Her Highness attended a huge event in Dubai, the Icons Exhibition, which showcases various different local brands in the fashion space and beyond.

The daughter of His Highness Sheikh Mohammed bin Rashid Al Maktoum, the Vice President and Prime Minister of the UAE and Ruler of Dubai, shared multiple posts on social media at the event, further amplifying the many homegrown brands which were being showcased.

For the event which took place at the Palazzo Versace Hotel, Sheikha Mahra wore a stunning black and white abaya set.

There were a number of local brands displayed at the event which including Al Mraikn, By Sara Omaira, TRAD, Zan, SHFQ, Misk Jewellery and more.

It’s not the first time Her Highness has attended the Icons Exhibition, which runs multiple times a year.

The Icons Exhibition is an event held multiple times a year showcasing local designers and talent and is run by Emirati designer and creative Roudha Al Shamsi.

Sheikha Mahra’s appearance at the event comes after her first official outing to the Museum of the Future.

Her Highness took a tour around different parts of the museum, including its outside observation deck.