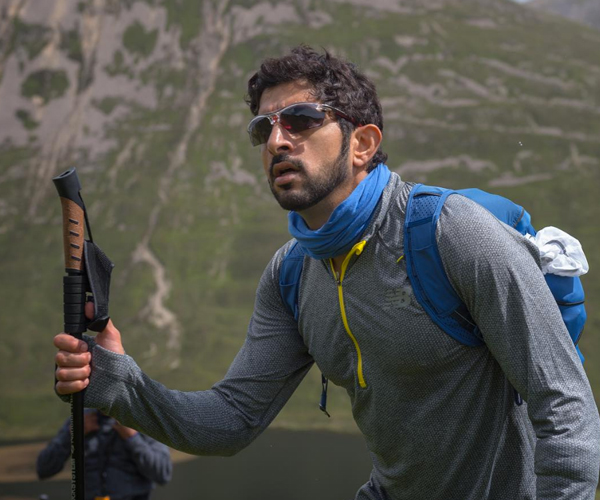 Hiking, biking and fishing… this thrill-seeking royal sure doesn’t just sit around when he’s on holiday.

The Crown Prince of Dubai has been holidaying in Scotland, and has been using the opportunity to build upon his already-impressive sporting skills.

Read:
This Emirati Couple Has Some Inspiring Advice About Making A Marriage Work
From Dubai To Pisa: Sheikh Hamdan’s Take On The Classic Tourist Snap

The royal undertook a hike on the British nation’s rugged highlands, according to a snap he shared with his 5.6 million Instagram followers on Tuesday.

With a fearsome-looking mountain looming behind, Sheikh Hamdan looked prepared for his adventure, with a bulging backpack and walking stick in hand.

It kind of looks like a still from one of Bear Grylls’ Running Wild episodes, hey?

The royal also took to one of Scotland’s lakes during his trip, where he was joined by HH Sheikh Saeed Bin Maktoum Bin Juma Al Maktoum.

The pair (who famously share a close bond) joked around on the boat, as Sheikh Hamdan pretended to land his catch of the day.

The royal, known affectionately as Uncle Saeed, also shared images of the fishing trip on his own Instagram, showing Sheikh Hamdan with a rod in hand.

(After just nipping outside in today’s 44 degrees Celsius, we’d kill to have a bit of time under those atmospheric Scottish clouds too).

The pair also teamed up with some friends for a challenging bike ride, where they were snapped making their way up a pretty gruelling hill.

Sheikh Hamdan’s been adding plenty of stamps to his passport this summer, after exploring Italy earlier this month.

The royal was in Tuscany for the Al Maktoum Endurance Cup, an event inspired by HH Sheikh Mohammed bin Rashid Al Maktoum, where he posed for a new take on the classic Leaning Tower of Pisa snap. 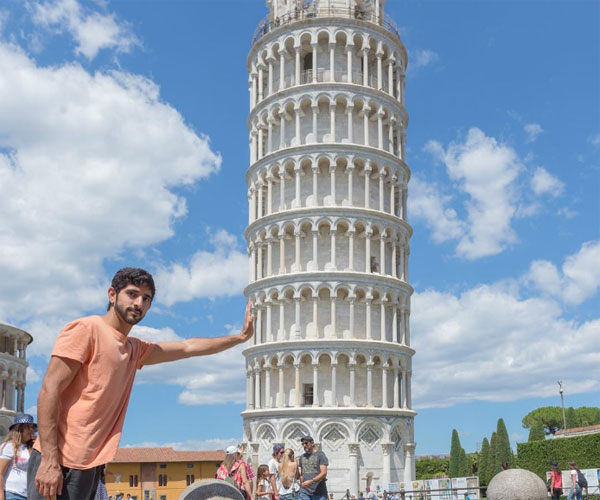 Read:
When This Couple Were Stranded, One Kind-Hearted Emirati Stepped In To Help
Sheikh Hamdan And Prince Charles Shared A Moment At Royal Ascot

The Crown Prince also spent some time in London last month, where he rubbed shoulders with heir-to-the-British-throne Prince Charles at Royal Ascot.