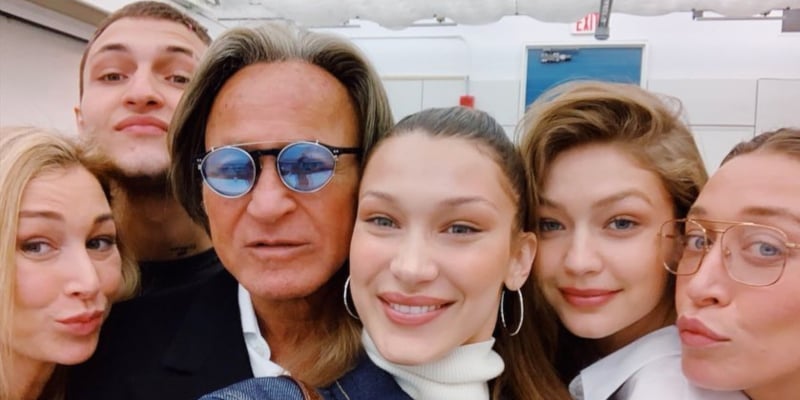 Gigi and Bella Hadid’s dad, Mohammed Hadid, has made an emotional and honest post on Instagram on Father’s Day.

Dedicating the day to his five children – Alana and Marielle, whom he had with his first wife, and Gigi, Bella and Anwar – by sharing a series of photos on social media, the property tycoon said it’s “the kids that make the Father’s Day a celebration”.

“I just happen to be lucky to have such amazing kids that makes me proud to be their father,” the 71-year-old said in the caption of the post.

Happy Father’s Day @mohamedhadid I love you sooooo much! Thank you for the best siblings, best food, best stories, and best laughs, Daddio ! 🌟 (Ps. My appearance on @foodnetwork #beatbobbyflay tonight is dedicated to you— I can’t say why yet, but you’ll know 😉 Very fitting that’s it’s airing today !!!)

He went on to say that he learns how to be a better and understanding father “every day”.

“They follow by [my] example of hard work and perseverance,” he said honestly. “I am not the best of fathers. But I am good for my kids. And I see that they are perfect in my eyes and the eyes of God that sees them of what good they do and give back to society.”

Hadid’s eldest daughter he had with his second wife Yolanda Hadid, Gigi, also took to Instagram to share a series of photos, wishing him a happy Father’s Day.

“Thank you for the best siblings, best food, best stories, and best laughs, Daddio,” she said in the caption.

The model, 25, is currently pregnant with her first child with boyfriend Zayn Malik and are reportedly set to welcome the new bub around September time.

It’s been reported the couple are expecting a girl, but neither of them has officially confirmed the gender.