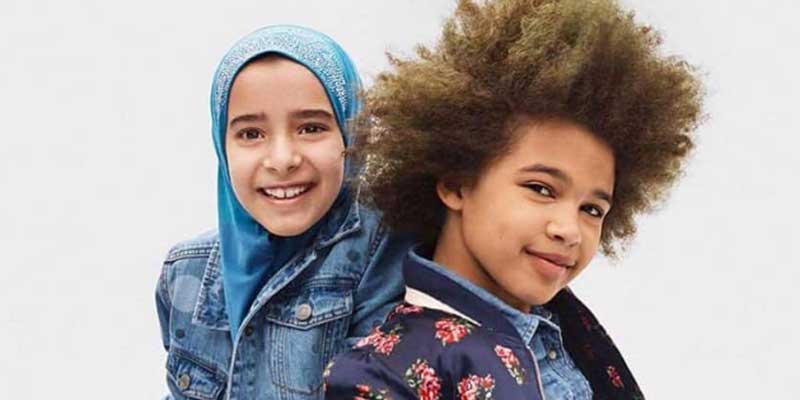 It’s not often global brands shine the spotlight on Muslims.

The latest Gap campaign may well be one of the most inclusive in the American brand’s history.

“Gap to School”, an ad for Gap Kids, features a young girl donning a headscarf, as well as black students sporting their natural hair in Afros and cornrows.

The campaign shots feature students from P.S. 153 school in Harlem, New York dancing, laughing and running around in classic Gap clothing. While the ad was first unveiled in July, it started gaining online traction this week.

ALSO READ:
Priyanka Chopra is set to star in a major Hollywood movie
Bollywood star Sonali Bendre has been diagnosed with cancer

Hijabi model Hamdia Ahmed, a former Miss Maine pageant contestant, first noticed the ad. She took to Twitter to express her delight that Muslims were finally represented by a mainstream brand.

“Back to school ad for Gap!!” she wrote. “This makes me so happy OMG!”

Fans, including fellow hijabi women, also took to social media in their droves to celebrate the groundbreaking campaign. Some celebrated how important they felt it was to be represented while others praised the ad for promoting tolerance.

JUST SAW A GAP AD WITH A GIRL IN A HIJAB????? OMG I COULD CRY pic.twitter.com/pfNviCj7Uk

“Literally all through elementary and middle school, finding clothes that made me feel comfortable and that was one of the hardest things I struggled with,” wrote another. “Seeing this representation finally making its way actually brings me to tears. I don’t know if anyone could understand how amazing this!”

litterally all through elementary and middle school finding clothes that made me feel comfortable and was one of the hardest things i struggled w. seeing this representation finally making its way actually brings me to tears. idk if anyone could understand how amazing this is! https://t.co/U4kdZIAxZY

This marks the latest campaign that reflects the fashion world’s increasingly ongoing commitment to reflect the diversity of their audience. Last May, Gap featured a hijabi model to star in their summer collection advert.

Long may it continue.