The beautiful way the people of Saudi Arabia are coming together 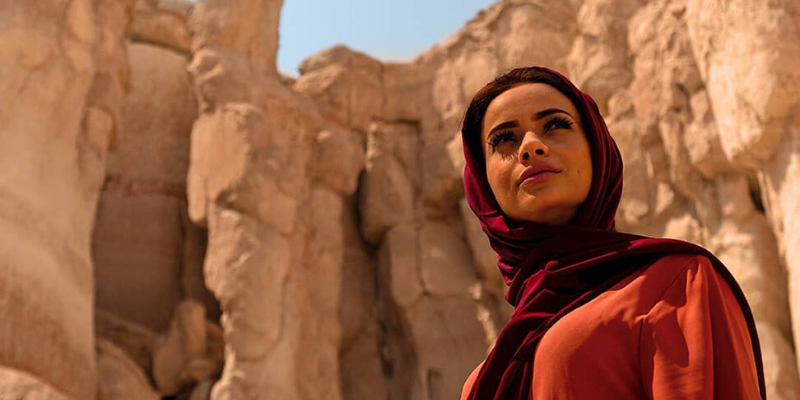 ‘Stay home and sing to your country’

It’s during times of crisis that people are brought closer together. Ironically, despite social distancing, that’s exactly what’s happening across the world amidst the coronavirus outbreak — people are coming together not physically, but in every other sense.

This is certainly true for the people of Saudi Arabia currently, who are banding together in the most beautiful way amidst the imposed curfew restrictions in the kingdom.

Over the weekend a ‘Stay home and sing to your country’ hashtag was launched, encouraging the people of Saudi Arabia to sing their national anthem amidst the hardship.

Videos have been shared far and wide of people singing in unison together, and others using instruments to play the kingdom’s national anthem.

In one video shared to Twitter, the pitch-black street was roaring with what sounds like hundreds of voices singing in unison. The clip has over 67,000 views.

In another video shared to social media, a man is seen on a balcony playing the national anthem on his trumpet. At the end of the clip he receives a heartfelt applause.

The clip was shared by the man’s sister who wanted to share some “happy vibes” given the current tough times. It has now been viewed over one million times.

Currently Saudi Arabia has some strict laws in place in order to combat the spread of COVID-19.

The Saudi Ministry of Interior is restricting travel between the kingdom’s 13 regions and there is a strict curfew from 3pm to 6am.

Only those who work in vital parts of public and private sectors are exempt from the curfew. This includes those in the military, security, media and in the health and service industries.

There has now been 611 confirmed cases of coronavirus in the UAE, with 61 people having recovered. There has been five fatalities.