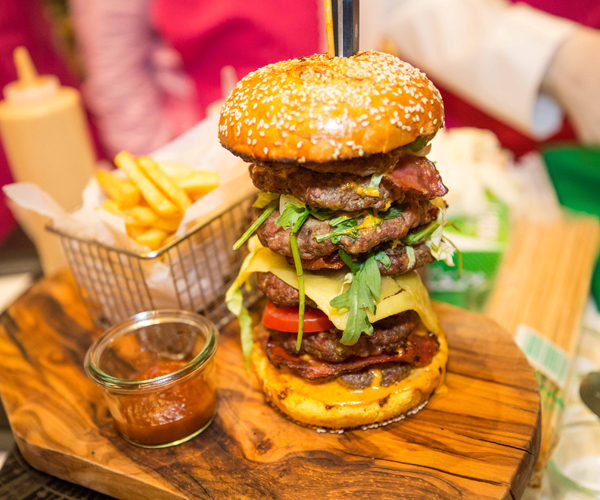 But it was for a very worthy cause…

Dubai is no stranger to an extravagant dish or two. After all, we’ve had the Dhs75 gold-flecked cappuccino, and the Dhs230 24-carat burger.

But those pale in comparison to the little beauty above, which has just won the title of the world’s most expensive burger.

The Burgerstack, laden with aged cheddar, harissa sauce and a saffron brioche bun, sold this week for a whopping Dhs36,700.

Read:
Is This Gold-Topped Dubai Cappuccino The Most Luxe Coffee On The Globe?
This Dubai Designer’s Wedding Dresses Are Seriously Out Of This World

Our maths isn’t that great, but we reckon that works out at about Dhs1,500 a bite (depending on how big your bites are, of course).

However there wasn’t any gold-leaf or diamond present to make up the hefty price tag – the meaty treat was actually sold to raise money for charity. 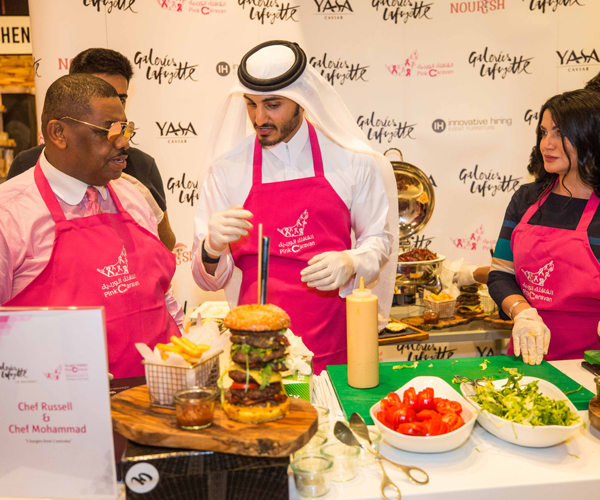 The auction held at Le Gourmet, in Dubai Mall’s Galeries Lafayette, was organised by the Pink Caravan’s breast cancer charity, which raised more than Dhs100,000 on the day.

Seven top chefs were brought in to create pink-themed, Emirati-inspired dishes, with the burger in question made by Russell Impiazzi and Sheikh Mohammed bin Abdullah Al Thani, Chairman of Sharjah’s department of Statistics and Community Development.

Read:
There’s A Secret Dubai Store That Sells Luxury Beauty For A Steal
Everything You Need To Know About This Dubai Island Opening Next Year

The owner of luxury lifestyle magazine Villa 88 Magazine made the winning bid for the Dhs36,700 burger.

“Two years ago we broke the world record by selling one burger for US$7,000, and this year we wanted to top that,” said Sheikh Al Thani.

“I am so proud of the charitable spirit of the people here in the UAE. We may be celebrating 2017 as the ‘UAE Year of Giving’, but for the people of this nation every year is.”

All proceeds will now go to breast cancer awareness and supporting free detection at an earlier stage.