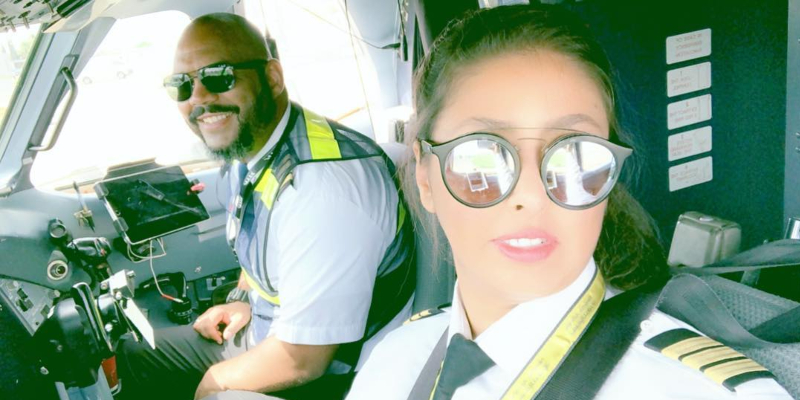 Another achievement for Saudi women!

Yasmeen Al Maimani, just made history in Saudi Arabia, after becoming the country’s first female commercial pilot. Six years after obtaining her license from the Saudi Civil Aviation Authority, she accomplished her dream of flying a plane in the Kingdom.

According to a report on Al Arabiya, Yasmeen had completed 300 hours of flying practice in the US after getting her qualifications in Jordan. She had her US licence swapped for a Saudi one in 2013. However, things weren’t smooth sailing, and the pilot had to wait for a long time, before being offered a position. Saudi Arabian airline Nesma Airways granted the female aviator her permit last week, making her Saudi’s first female pilot. The airline that she joined operates commercial flights in Saudi and in Egypt.

Yasmeen took to Instagram to share a photo of herself, sharing the the great news with her followers. In the photo, she can be seen in the cockpit of an aircraft, which she captioned: “Thank God, I achieved my dream today. Released as First Officer”

Not only that, she has also posted a video on her Instagram of her flying over Saudi Arabia.

Last year in August, the first local permits were issued to five Saudi females paving the way for other female pilots. One of the first to break the news was Saudi’s princess and ambassador to the United States, Reema bint Bandar Al Saud, who tweeted on Friday, congratulating the 28-year-old on her achievement.

Saudi women have been breaking through into the aviation industry in the Kingdom. Earlier this year, Saudi Arabian domestic budget airline, Flynas, announced that it is set to take off with its first female flight attendants. This milestone was achieved after the first batch of stewardess graduated from the Saudi flight programme.

We can’t wait to see what other barriers Saudi women break!