Want To Catch A Glimpse Of Sheikh Mohammed? Go Here… 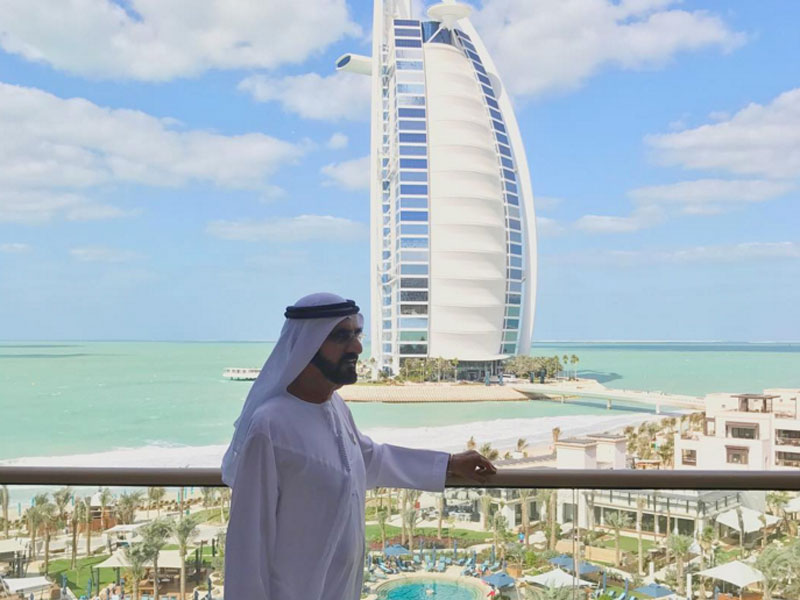 Where else in the world could you rub shoulders with royalty while enjoying brunch?

You never know when or where you might be able to snap a selfie with a member of Dubai’s royal family.

However it looks like one neighbourhood gives you better chances than most.

Diners at the luxurious Madinat Jumeirah – Dubai’s largest resort – were stunned this weekend when they were joined by none other than HH Sheikh Mohammed Bin Rashid Al Maktoum, Vice President and Prime Minister of the UAE and Ruler of Dubai. 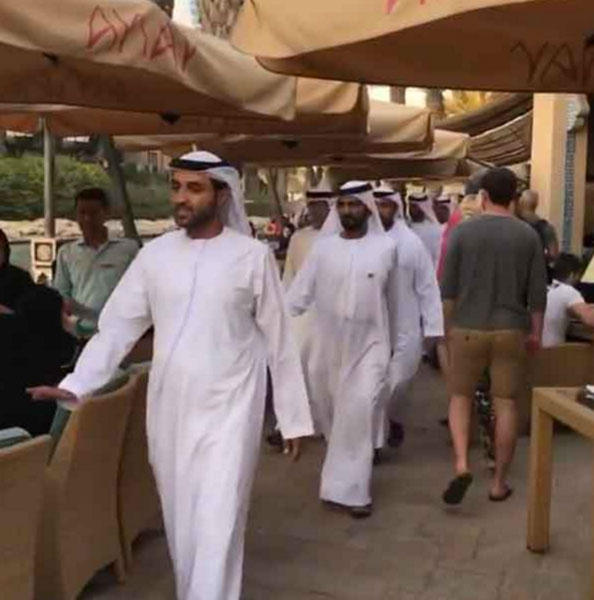 The royal was reportedly spotted making his way past a stretch of restaurants, before heading to the Jumeirah Al Qasr hotel (which is appropriately designed in the style of a Sheikh’s summer residence). 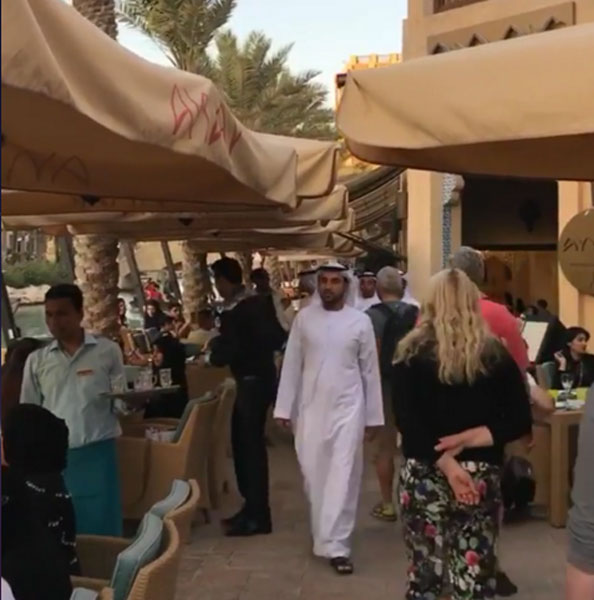 Guests of the resort grabbed their smartphones to take a few cheeky snaps as the royal entourage meandered past, while Sheikh Mohammed bin Khalifa bin Saeed Al Maktoum – Sheikh Mohammed’s cousin – shared some photos of the outing to Instagram.

The group could later be seen wandering along the beachfront near the iconic Burj Al Arab. 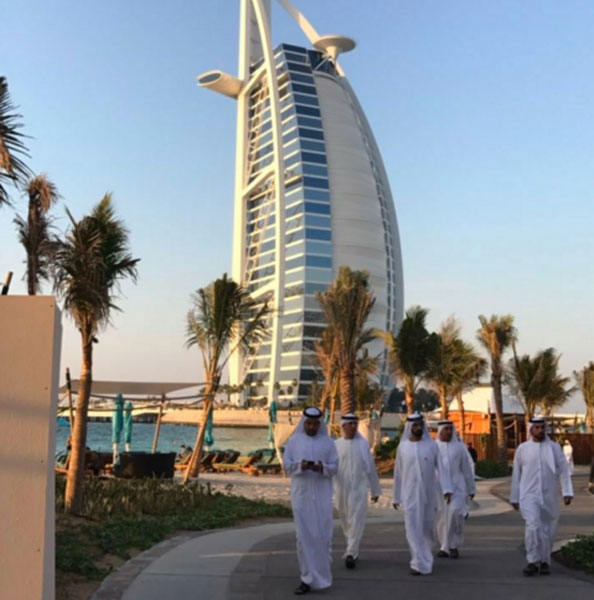 Last weekend, he paid a visit to the Westin Dubai Mina Seyahi, parking his car – with its distinctive “number 1” licence plate – in front of the hotel.

It’s a truly memorable day when you walk out of the The Westin Dubai Mina Seyahi to see the car of H.H. Sheikh Mohammed bin Rashid Al Maktoum, ruler of Dubai and Vice President of the UAE parked in front of our hotel. We were delighted to have you visit The Westin Dubai Mina Seyahi! @hhshkmohd #VicePresidentOfUAE #PrimeMinister #RulerOfDubai #SheikhMohammed #MohammedBinRashid #westinminaseyahi #minaseyahi #mydubai #dubai #uae #middleeast

Sheikh Mohammed is known for being a true man of the people, and never passes up an opportunity to mingle with the residents of the emirate.

In December, the ruler famously “photo-bombed” an Emirati woman’s selfie video, flashing his trademark three-fingered salute as he walked past.