Why UAE leaders now have the same profile photos 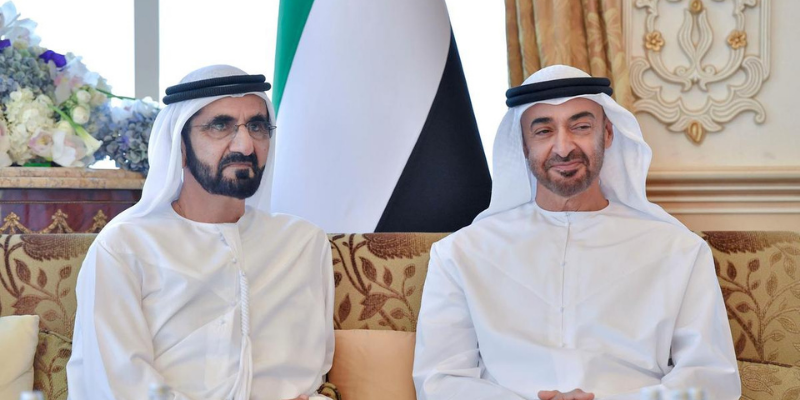 UAE leaders and government entities have been known to change their profile photos to mark huge events in the country.

To mark one of the biggest milestones in the country’s history, UAE leaders His Highness Sheikh Mohammed bin Rashid Al Maktoum, the Vice President and Prime Minister of the UAE and Ruler of Dubai and His Highness Sheikh Mohamed bin Zayed Al Nayhan, the Crown Prince of Abu Dhabi and Deputy Supreme Commander of the UAE’s Armed Forces, now have the same profile photos on Twitter.

Their Highnesses’ image changes are to celebrate the 50th anniversary of the United Arab Emirates, which has been declared ‘Year of the 50th’ by His Highness Sheikh Khalifa bin Zayed Al Nahyan, the President of the UAE.

The photo features an infographic with a big ’50’ to mark the anniversary and the words ‘Year of the Fiftieth’ in both English and Arabic.

Today, as we launch the @UAEYearOf the 50th, we can proudly look back
on our achievements as we embark on a new journey with determination
and enthusiasm. Everyone in the UAE has the chance to reach their full
potential, and together we will continue to shape new frontiers. pic.twitter.com/eGcHlcwCZC

“‘Year of the 50th’ represents a historic defining moment in our journey that started immediately after the declaration of the UAE’s union in 1971,” His Highness said. “It’s an acknowledgement of the resolute will and strong determination our Founding Fathers had while building up their nation.

“It also comes in recognition of the sincere efforts made by our citizens for our nation to be what we are seeing today as one of the best growing and fastest developing countries in the world.”

According to the UAE’s state news agency, celebrations for the Year of the 50th will entail the following:

Amongst these celebrations, the achievements, history and noble values of the country will be highlighted, as well as looking towards the future of the UAE.