This singer has been named the UAE’s most famous celebrity 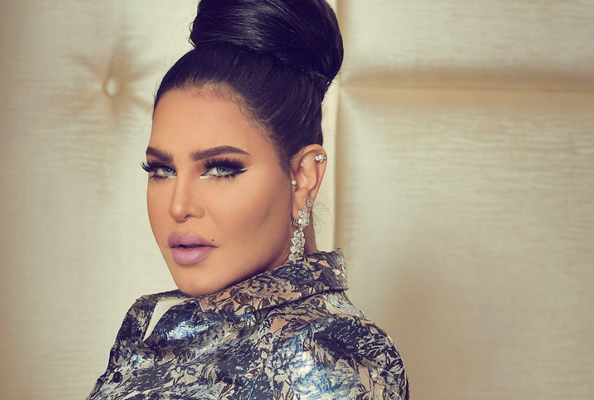 We’ve got the most powerful Arab woman in government right here in the UAE, and we’ve also got the majority of the region’s most-followed social media stars.

And now, a new ranking has confirmed the Emirates is also home to several of the top 100 Arab celebrities of 2017.

In a new list by Forbes Middle East, one Emirati singer has scored a place in the top 10 of the 100-strong total, coming in at an impressively high No 8.

Read:
Could Huda Beauty And Kim Kardashian West Be Working On A Collab?
Proud Queen Rania And King Abdullah Celebrate At Their Son’s British Graduation

The star in question? Singer Ahlam Al Shamsi, who boasts a whopping 21.5 million followers across her social media channels.

The Arab Idol judge, who’s released 10 albums during her career, also had a reality TV show screened in Dubai, titled The Queen.

If you’re not familiar with her work, here’s a little clip of Ahlam (she’s commonly known by just her first name, like Prince or Madonna) in action:

The list was compiled judged on celebrities’ social media following, the length of their careers and other factors, such as charitable endeavours and awards won.

While Egypt dominated the top 100, with a whopping 46 entries, the UAE also had two other stars included.

Crooner Hussain Al Jassmi comes in at No 18, while sports commentator Faris Awad ranked at No 98.

In total, the top 100 celebrities have a combined social media following of more than 1 billion, showing we’ve got some real star power here in the region.

Read:
Some Of The British Royal Family’s Most Famous Jewels Have A Middle Eastern Link
Hold Up, This Might Be Michael Cinco’s Most Stunning Wedding Dress Yet

Notice a bit of a pattern there? Yes, the majority are singers – in fact, 51 per cent of the total list is made up of recording artists (and 37 per cent are actors).