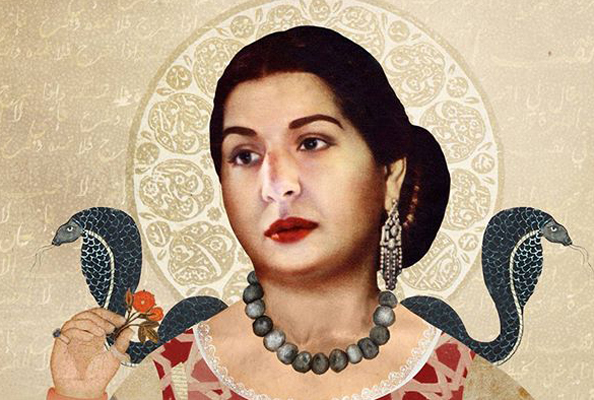 The travelling collection brings together more than 30 Middle Eastern artists – including one from the UAE.

I AM is a collection of works from 31 Middle Eastern artists that aim to challenge stereotypes many may have about women from the region, instead celebrating their roles as “guardians of peace”.

The exhibition first launched in Jordan under the patronage of HM Queen Rania Al Abdullah, and has since travelled to London, where the pieces will remain on display until August 20.

Don’t miss our I AM exhibition in London at St.Martin-in-the-Fields on Trafalgar Square featuring 31 Middle Eastern women artists from 12 countries. Through 20 August 2017.

After its run has finished at the British capital’s St. Martin in the Fields venue, it will cross the Atlantic to sit in Washington DC’s Katzen Arts Center American University until October. It will then travel further throughout the US until November 2018.

Read:
When This Couple Were Stranded, One Kind-Hearted Emirati Stepped In To Help
This Emirati Couple Has Some Inspiring Advice About Making A Marriage Work

Described as a”peacebuilding” exhibition, I AM “celebrates the rich, diverse and crucial contributions that women from the Middle East make to the enduring global quest for harmony”, according to its organiser Caravan.

The Egypt-born international arts NGO and curator Janet Rady brought together contemporary artists from 12 nations for the exhibition, including Saudi Arabia, Yemen, Jordan and the UAE – such as Emirati Maitha Demithan.

There’s everything from paintings and drawings to sculptures, photographs and mixed media on display.

Here’s a glimpse at what gallery-goers can expect to see:

Don’t miss tge I AM exhibition by CARAVAN in London at St. Martin-the-Fields on Trafalgar Square. Through 20 August

I AM will hopefully shine a light onto the Middle East’s warm and giving spirit, Queen Rania revealed as the exhibition premiered in Amman in May.

“I am amazed by the misconceptions about Muslim women and the Arab world that I hear, and that really hurts me,” the royal said.

“I hope that as this exhibition opens in cities worldwide, and people look through this window into our lives, they see what I see – what I’ve always known: that the people of the Middle East are as warm and welcoming as they are generous and open-minded.

Photographs my Rania Matar in the I AM exhibition at the historic Crypt Gallery on St. Martin-in-the-Fields in Trafalgar Square, London.

Read:
Australia’s First Muslim Miss World Had The Best Response To Her Haters
15 Of Our Favourite Snaps From Queen Rania’s Family Album

“And that, today, perhaps more than ever, they are eager to forge friendships beyond their own borders in the name of a stronger, more harmonious global family.”

Anyone else tempted to book a cheeky long weekend in London right now?