This Futuristic New Mall Should Open In Dubai In 2020 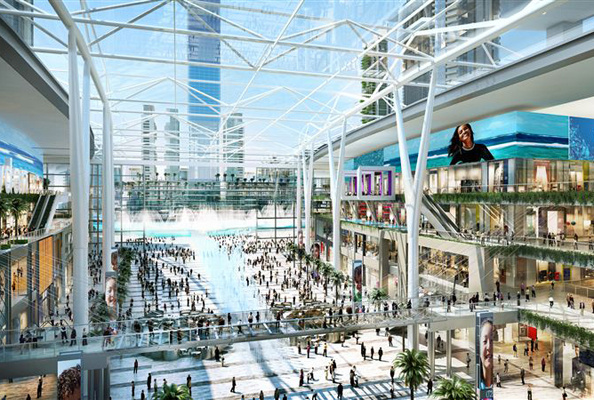 HH Sheikh Mohammed kicks off construction on Meydan One.

An enormous new shopping hotspot is one step closer to becoming a reality. 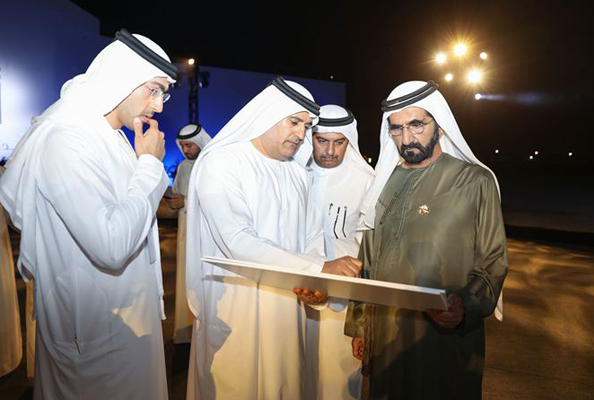 And, amid a sea of shopping destinations in Dubai, this one will definitely stand out.

When finished, the Meydan One Mall will be home to the world’s longest indoor ski slope and the world’s largest dancing fountain.

Read:
This Dubai Designer’s Wedding Dresses Are Seriously Out Of This World
What It’s Really Like To Work Out At This Dubai Gym Beloved By Celebs 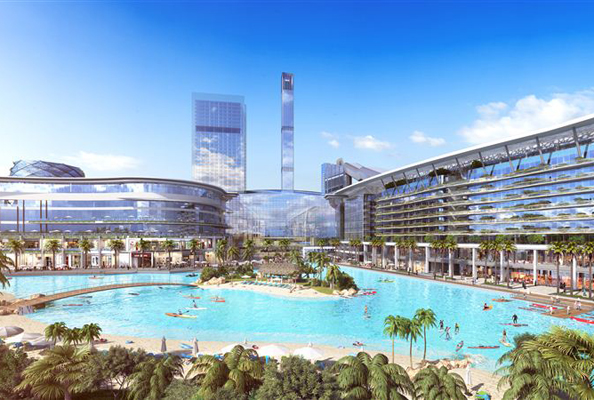 The record-breaking mall, located in the area between the Meydan Hotel and Al Khail Road, will also include a nifty retractable roof.

So yes, you can peruse al fresco in the cooler months but be encased in delicious air conditioning come summer. It’s literally the best of both worlds.

Well, what exactly will shoppers be able to peruse? While no list of retailers has yet been released, there’ll be 620 shops in total (including two department stores), and a 131,000-square-foot hypermarket. There’ll also be a special strip just for luxury brands. 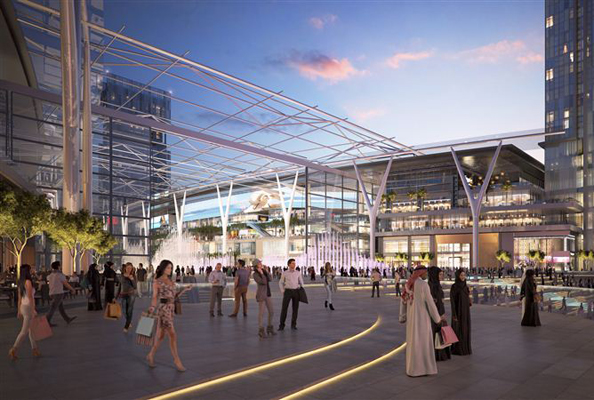 A statement revealed the mall will welcome “the best brands from around the world, including new to the region and exclusive lines”, so we’ll keep you updated when we get more information.

But in the meantime, you can start to get excited about the 100 food and beverage outlets, 21-screen cinema and food court, and 25,000-square-metre sports facility.

Read:
This Giant Sportswear Label Is Launching An Activewear Hijab
There’s A Secret Dubai Store That Sells Luxury Beauty For A Steal

The mall is scheduled to open in 2020, and will form the entertainment centre of the larger Meydan One project – an integrated city with a 711m-high residential tower and a 300-metre-long beach.

There’ll also be hotels, a 4-kilometre canal, marina, heritage village and boardwalk on site (so its 83,000 residents won’t have to stray far to find fun on the weekends). 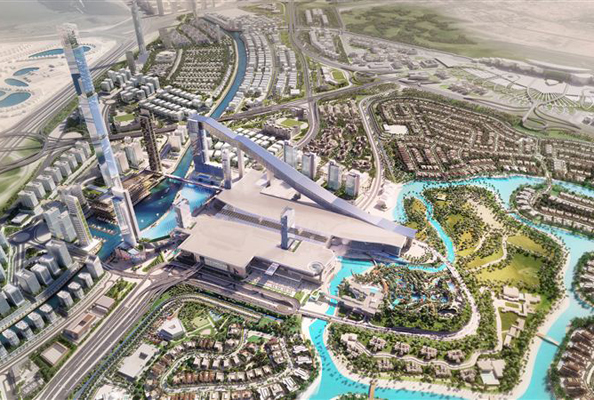 All in, Meydan One will break at least seven world records, according to Dubai Media Office.