The sky above the UAE looked pretty spectacular this week 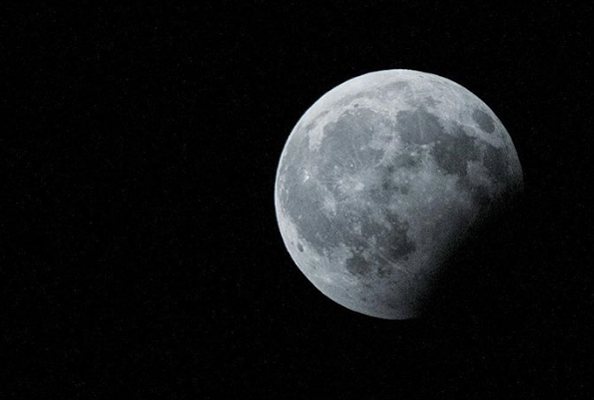 Did you see it? If not, scroll down…

With its towering buildings, Dubai’s skyline is pretty impressive year-round.

However on Monday night it looked even more noteworthy than usual, thanks to a celestial phenomenon.

A partial lunar eclipse was visible between around 7.50pm and 11.21pm here in the UAE, as the Earth moved between the sun and the moon.

If the planet we live on moves in a straight line, we get a total eclipse – where the sun appears completely blocked out.

But a partial eclipse, which happens when the three celestial bodies are not in full alignment, means only a portion of the moon is covered in shadow.

Not sure what we mean? Well, it looks a little something like this:

It’s visible to the naked eye, and could be spotted last night across most of the Eastern Hemisphere, including the Middle East, eastern Africa, and south and east Asia.

It will be followed by a total solar eclipse in two weeks time – though this one can only be seen in North America, according to astronomers.

So, did you miss it here in the UAE?

Never fear, plenty of snap-happy residents charted the occurrence, and we’ve pulled together the best for you below.

Prepare to scroll and marvel…

Read:
This Muslim Beauty Queen Made History After Refusing To Wear A Bikini On Stage
Sheikh Hamdan Encounters Bears And Snakes During US Trek