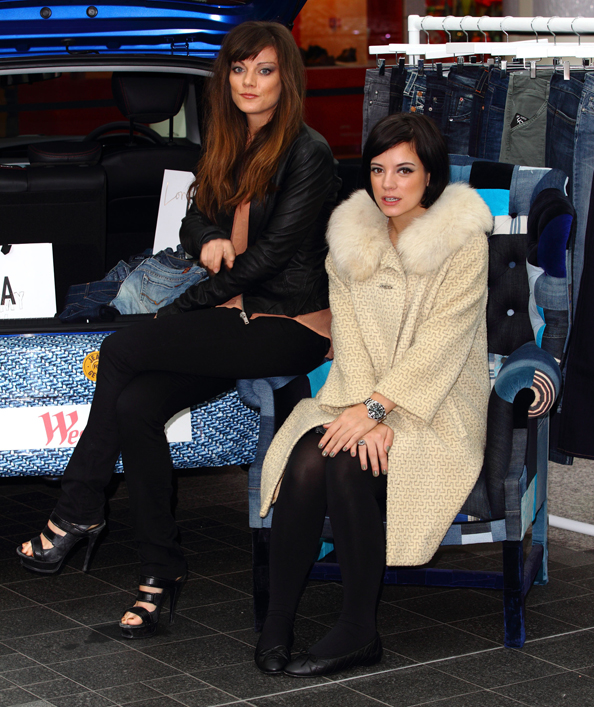 Lily Allen has burst back onto the music scene with a typically controversial bang this month, with the release of her new single Hard Out Here, as well as voicing the ethereal soundtrack to John Lewis’ Christmas advert.

The formerly retired star has divided critics not only with her shock return but also over the satirical video, which parodies the male-dominated music industry. While Lily may try to insist her number two hit single was a result of her missing the industry, many are asking: was it the real reason she decided to step back into the spotlight?

According to sources, Lily’s triumphant return from retirement is a bittersweet one. Sadly, her assault on the charts coincides with the news that her fashion label Lucy In Disguise, which she co-owned with her sister Sarah Owen, has gone bust. The label, which the 28-year-old launched in 2010, alongside Sarah (and which saw the pair visit Dubai to launch the vintage-inspired line in Boutique 1) has been forced into liquidation, with claims the flailing business owes thousands to manufacturers.

According to the Mail Online, the brand’s umbrella company, Aurora Fashions, which is also home to Coast, Oasis and Warehouse, was granted a compulsory winding up order against the company in the High Court earlier this year, after it failed to pay back £100,000 (Dhs580,000) debt in time.

The brand, which reportedly still owes £12,000 (Dhs69,600), was originally conceived as a way to hire out vintage Chanel and YSL at affordable prices, but the sisters then introduced a ready-to-wear collection in 2011. Lily, who married in 2011, and who has two daughters, Marnie and Ethel, stepped back from the business when she was pregnant with her second child, leaving her sister to take the helm.

But if the collapse of the fashion line is bad news for style-lovers, its good news for music-fans who have hailed Lily’s return to form after a three-year absence from the charts, with peers Laura Mvula, Ellie Goulding and Kate Nash leading the praise for her new single. What’s more, her goosebump-inducing cover of Keane’s Somewhere Only We Know, which features in the John Lewis advert, has been hotly tipped to be this year’s Christmas number one.