The Next Musical Coming To Dubai Opera Is A Biggie… 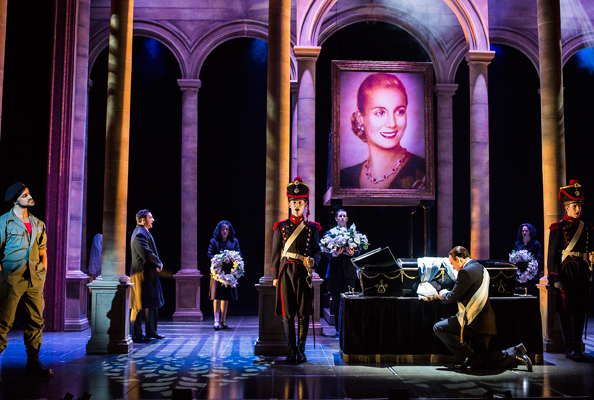 Another suitcase is about to land in another hall, with the news that award-winning musical Evita is on its way to Dubai.

The legendary production, created by West End powerhouse duo Andrew Lloyd Webber and Tim Rice, will play at Dubai Opera for 16 shows only.

The stage will be turned in a Buenos Aires mise en scène from January 22 to February 3 2018, following the show’s smash-hit run in London.

Read:
9 Of The Best Spa Deals You Can Find In The UAE This Ramadan
This New App Could Make Online Shopping In The UAE A Whole Lot Easier

The production tells the tale of Argentine actress turned First Lady Eva Perón, the wife of the country’s former president Juan Perón, and the woman known as the “spiritual leader of the nation”.

The Tony Award-winning show, with music by Lloyd Webber and lyrics by Rice, charts the icon’s early life as well as her rise to power and eventual death in 1952.

Evita, which first launched in 1976, was also turned into an Oscar-winning film of the same name in 1996, starring Madonna as the titular character and Antonio Banderas as the narrator.

One of the show’s best-known songs – Don’t Cry For Me Argentina – has sold over 10 million copies in the UK alone, and hit the No 1 spot in charts in eight countries.

“I am delighted that we will welcome this sensational production of Evita to Dubai Opera with its scintillating score incorporating classic Latin tangos and pasos dobles,” said Dubai Oper chief executive Jasper Hope.

“Love her or hate her, there’s no doubting the impact of this incredible woman’s story on Argentina and the world.”

The show, which has been translated into 14 languages during its 40 years, also includes other hits like Another Suitcase in Another Hall, I’d Be Surprisingly Good for You, and You Must Love Me.

This will be the second Lloyd Webber production performed at Dubai Opera since its opening last August, with Cats previously having prowled the stage back in January.

In the meantime, we’ll be humming this at our desks for the rest of the afternoon…