The Burj Khalifa Is Getting A Little Makeover Tonight 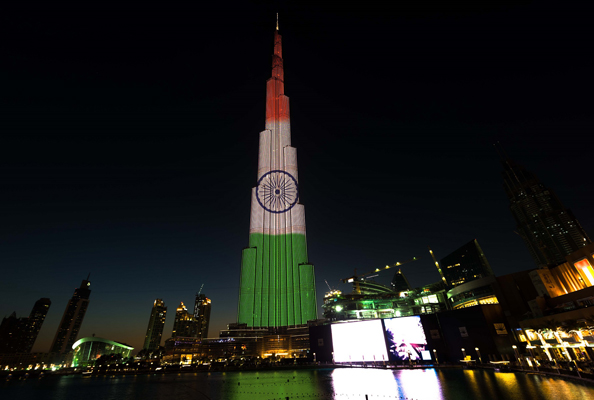 The world’s tallest building will light up to celebrate this nation’s big day.

If you have an apartment with a Downtown view, or are just planning to venture out to see the Burj Khalifa tonight, you’ll get a slightly different show than usual.

Instead of putting on its glittering white lights, the world’s tallest building will instead be lit up in the colours of India’s flag.

The display is in honour of the nation’s 68th Republic Day, which is marked on January 26.

The Burj Khalifa’s celebration will run at 6.15pm, 7.15pm and 8.15pm on Wednesday and Thursday, followed by a Dubai Fountain performance after every LED show.

“The visual expression of the tri-colours underlines the solidarity of the UAE and its people with India, with which the nation shares strong cultural and trade ties,” said developer Emaar in a statement.

The royal, who’s travelled with a delegation of ministers, senior officials and entrepreneurs, has already laid a wreath at Gandhi’s memorial and watered friendship trees planted by Founding Father, Sheikh Zayed, and HH Sheikh Mohammed bin Rashid Al Maktoum, Vice President of the UAE and Ruler of Dubai.

Read:
The Tower Dubai Will Be Taller Than Burj Khalifa
These World Travellers Are Putting Everyone’s Dubai Snaps To Shame 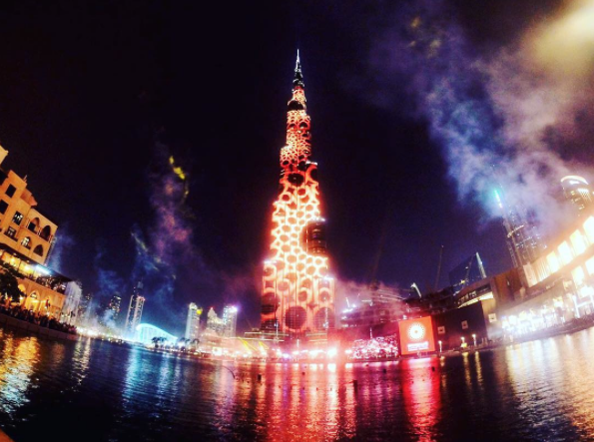 The Dubai Expo 2020 logo lights up the Burj Khalifa

It’s not the first time the iconic structure has put on a special performance either – the Burj Khalifa has paid tribute to countries including Qatar and Bahrain on their National Days.

The building has also been illuminated to celebrate a new Star Wars movie, as well as being the host of some of Dubai’s most spectacular New Year’s Eve fireworks.