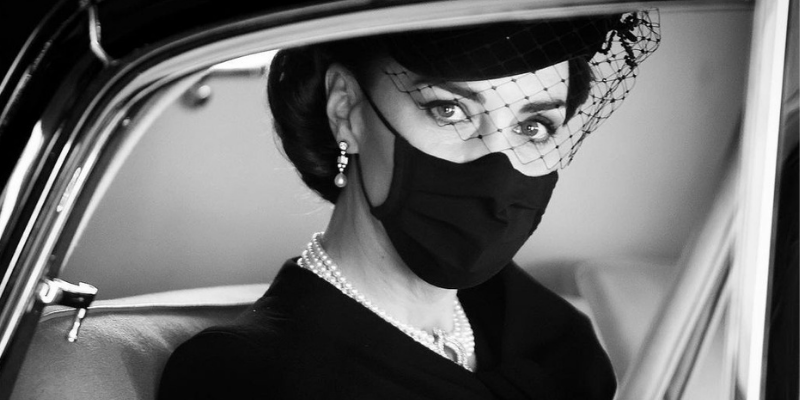 Over the weekend, the British royal family bid a final farewell to Prince Philip, the late husband of Queen Elizabeth II.

In line with COVID-19 restrictions, the funeral procession was a lot smaller than it would be normally for a royal funeral, but that didn’t mean the royals looked any less elegant.

In particular, Kate Middleton, the Duchess of Cambridge, looked flawless wearing an all-black ensemble by Roland Mouret which included her coat, mask and veiled fascinator.

The Duchess also wore jewels from the Queen’s personal collection, with some pieces coming from Bahrain.

The pearl drop earrings Kate wore were gifted to Her Majesty some 73 years ago as a wedding gift by the Hakim of Bahrain in 1947 when she and Prince Philip wed.

The Duchess of Cambridge also wore a four-row pearl choker, also from the Queen’s personal collection, which was gifted to the monarch by the Japanese government. Notably, both the necklace and the earrings were also previously loaned to the late Princess Diana.