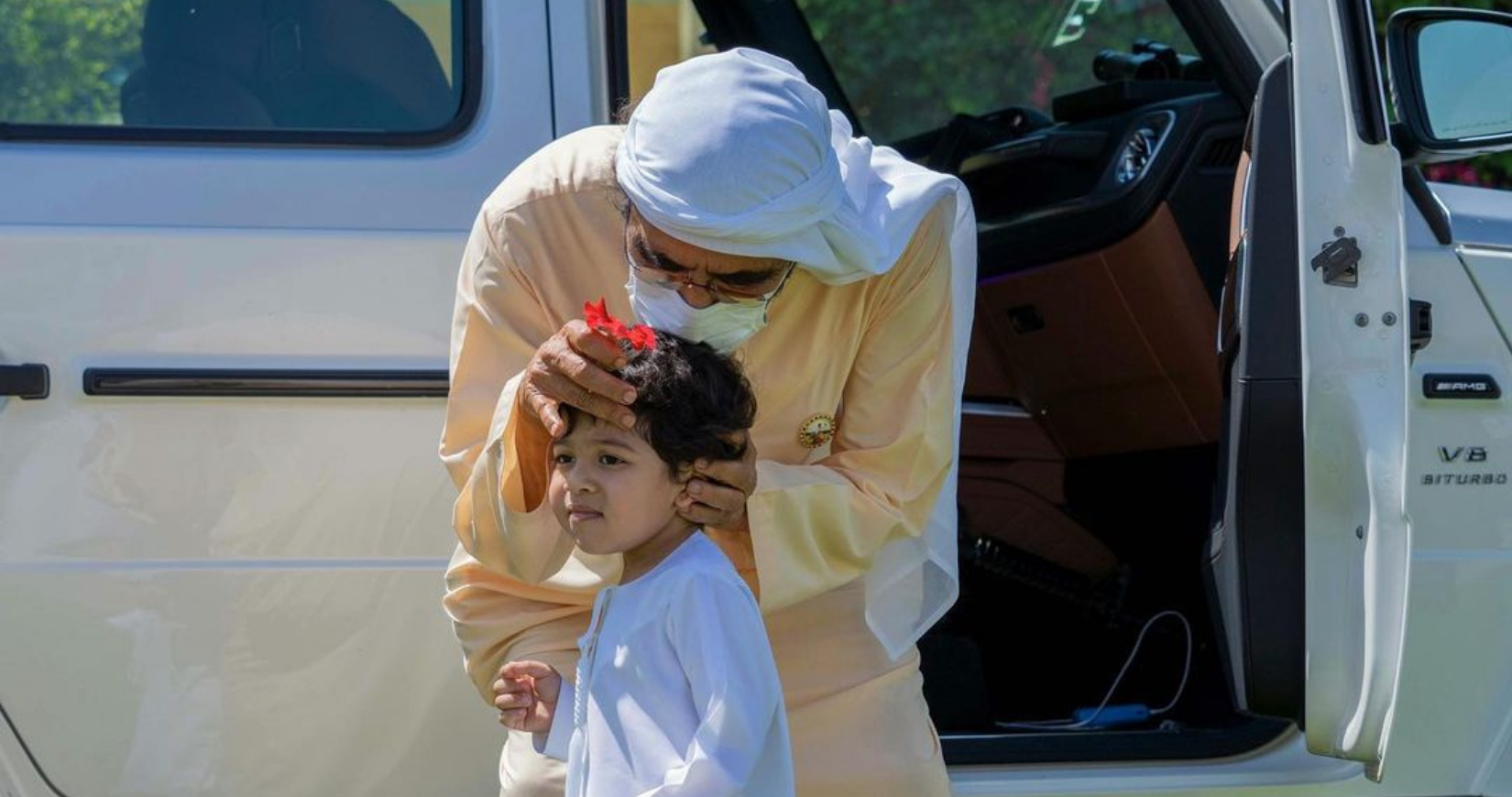 He may be the Vice President and Prime Minister of the UAE and Ruler of Dubai, but His Highness Sheikh Mohammed bin Rashid Al Maktoum truly is a family man at heart.

Her Highness shared two photos of the toddler with his grandfather with her 1.1 million followers on Instagram.

The first featured the young Mohammed bin Faisal giving his grandfather a small red flower. The second photo then showed Sheikh Mohammed kissing his grandson on the head with the flower in his right hand.

Earlier this year, a series of other sweet photos were shared by Sheikha Latifa.