The generous royal helped locals buy a quaint chapel in this “fairytale” gesture.

It is the Year of Giving in the UAE, but HH Sheikh Mohammed bin Rashid Al Maktoum is taking his benevolent actions global.

The Vice President and Prime Minister of the UAE and Ruler of Dubai has made a generous donation to help English villagers save their local chapel and schoolroom.

Residents in Cornwall’s Godolphin Cross contacted the royal in a desperate plea to buy out the under-threat Methodist Chapel, and were delighted when their appeal paid off.

The building was due to be sold, so locals bandied together in a bid to keep a community space for villagers.

The Godolphin Cross Community Association wrote to the ruler in November as they were struggling to raise the £100,000 (Dhs470,000) needed to purchase the property.

“We are appealing for [your] help and support for the village of Godolphin Cross, which is about to lose the very last building which gives local people a place to meet and socialise together,” the letter read. “We have lost our shops, our pub, our library and now we stand to lose our community home.”

But why did they ask Sheikh Mohammed for help, you ask? Well, they appealed to his love of horse-racing. 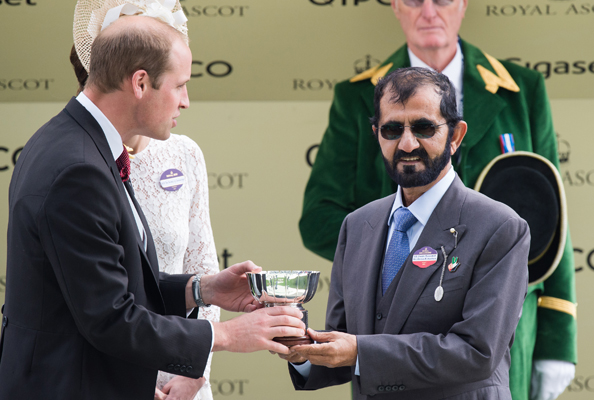 The locals’ letter mentioned Cornwall’s own Earl of Godolphin, the man who bred the legendary racing horse Godolphin Arabian – a steed from which all Sheikh Mohammed’s own prize horses are descended.

And the shared connection paid off, with the ruler’s donation allowing the group to make a successful offer on the chapel.

Read:
You’ll Soon Be Able To Pass Through Dubai Airport’s Security Using A Selfie
Dubai Has Just Been Ranked As One Of The Top 10 Places In The World

“It was Sheikh Mohammed. These kinds of things don’t normally happen. It’s a fairytale really. It’s not often a sheikh steps in to help a Cornish village,” McKie told the local paper.

“We can’t thank Sheikh Mohammed enough and we’d love to see him in this neck of the woods any time. He would be assured of a very warm welcome.”

We didn’t need any more reasons to love the royal… but he certainly keeps providing them.