Sheikh Hamdan makes his first foodie outing in Dubai in 2022 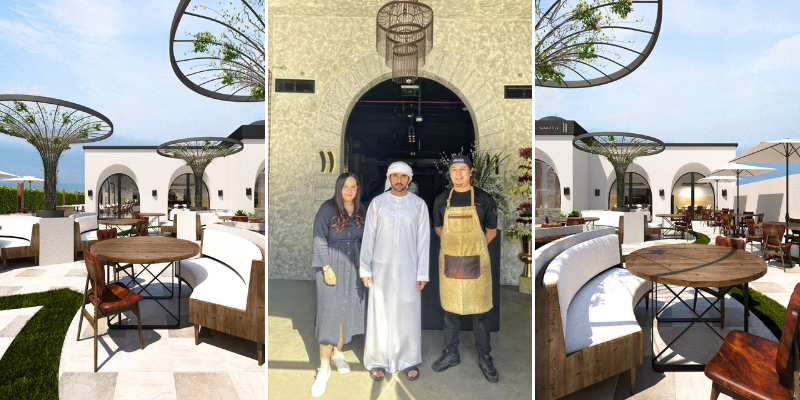 We’ve said it before and we’ll say it again, His Highness Sheikh Hamdan bin Mohammed bin Rashid Al Maktoum is one of the biggest foodies in Dubai we know of.

A regular on the restaurant scene, the Crown Prince of Dubai is continuously supporting local businesses in the emirate and indulging in all of the incredibly F&B concepts Dubai boasts.

For his latest outing, and subsequently his first one of 2022, Sheikh Hamdan visited a new concept, which opened late last year, by acclaimed chef Akmal Anuar and Ahmass Fakahany, CEO and Founder of Atelier House Hospitality.

Located in a villa on Jumeirah Beach Road, 11 Woodfire opened in November 2021. All of the restaurant’s dishes are cooked with the glowing embers of an open fire which creates and enhances flavours.

Sheikh Hamdan, who is affectionately known as Fazza, visited the venue over the weekend and no doubt was able to indulge in some of the newly opened restaurant’s signature dishes. These include the Fremantle octopus served with beans and veal pancetta and the garden harvest which is amber roasted and served with tomato garum – a delicious umami flavour that hails from ancient Rome.

Sharing the news of the Crown Prince’s visit to 11 Woodfire with a photograph, the restaurant said it was an “honour” to host him.

“Thank you for visiting us [Sheikh Hamdan], it was our honour and pleasure to serve you,” the caption read.

We’re sure everyone will be adding 11 Woodfire to their must-try restaurant list for 2022 now Fazza’s visited.