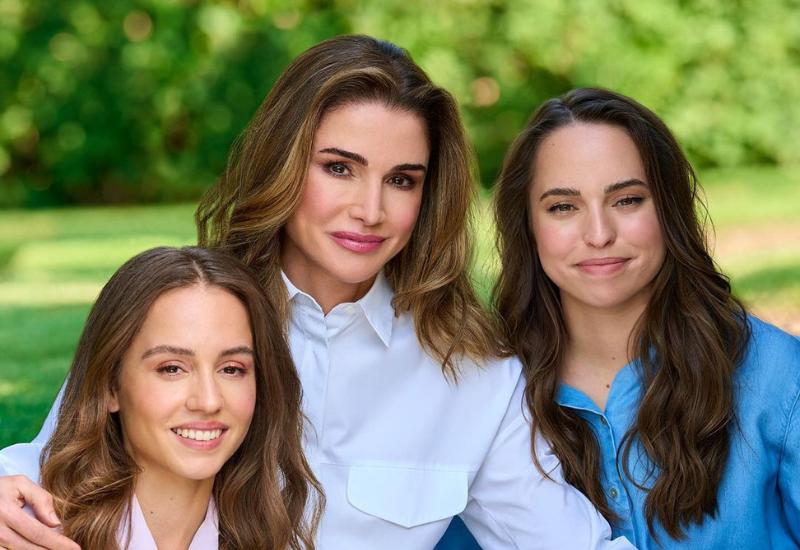 Her Majesty Queen Rania of Jordan has shared a touching message to her daughters in celebration of their birthdays.

To mark her lookalike daughters’ birthdays, Queen Rania shared a new photo on Instagram of the three of them alongside a heartfelt note.

“Our friendship gets stronger as you both get older,” she said. “Couldn’t have asked for better besties. Happy birthday Iman and Salma.”

The family trio are seen outdoors together wearing casual clothes with both princesses looking the spitting image of their mother.

It’s been a period full of celebration for the Jordanian royal family as of late having celebrated Queen Rania’s birthday at the end of August. Prior to that, the family announced the joyous news of not one, but two royal engagements.

While no confirmed dates have been revealed as to when Princess Iman and Crown Prince Hussein will wed their respective partners, the weddings are expected to take place next year.