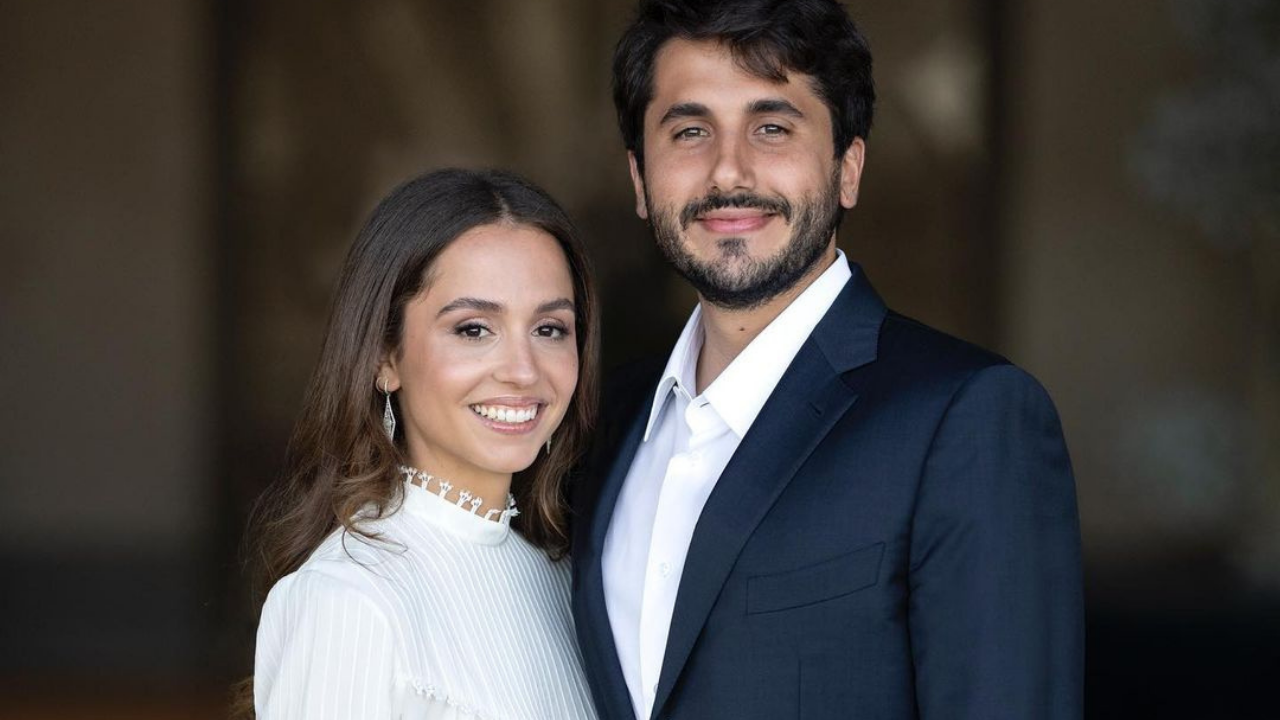 Congratulations are in order for the Jordanian royal family.

Princess Iman, the eldest daughter of King Abdullah II and Queen Rania of Jordan, has announced her engagement to Jameel Alexander Thermiotis.

The joyous news was announced in a statement by the Royal Hashemite Court.

A portrait of the happy couple on the court’s official Instagram page.

Queen Rania also shared the photo on her own Instagram page, congratulating her “dearest Iman” and her husband-to-be.

What we know so far

Little is known about Princess Iman’s fiancé, nor have any wedding details. What has been revealed by the Royal Hashemite Court is that the announcement was made in the presence of the 25-year-old’s parents, King Abdullah and Queen Rania, as well as her siblings, Crown Prince Al Hussein bin Abdullah II, Prince Hashem bin Abdullah II, and Princess Salma bint Abdullah II, in addition to members of Thermiotis’ family.

The official portrait released also subtly showcased Princess Iman’s engagement ring, which appears to be a classic princess cut diamond. In the photograph, Princess Iman kept it classic, wearing a flowing ivory dress which complemented her fiancé’s navy blue suit which he paired with a white shirt.

Congratulations to the happy couple!