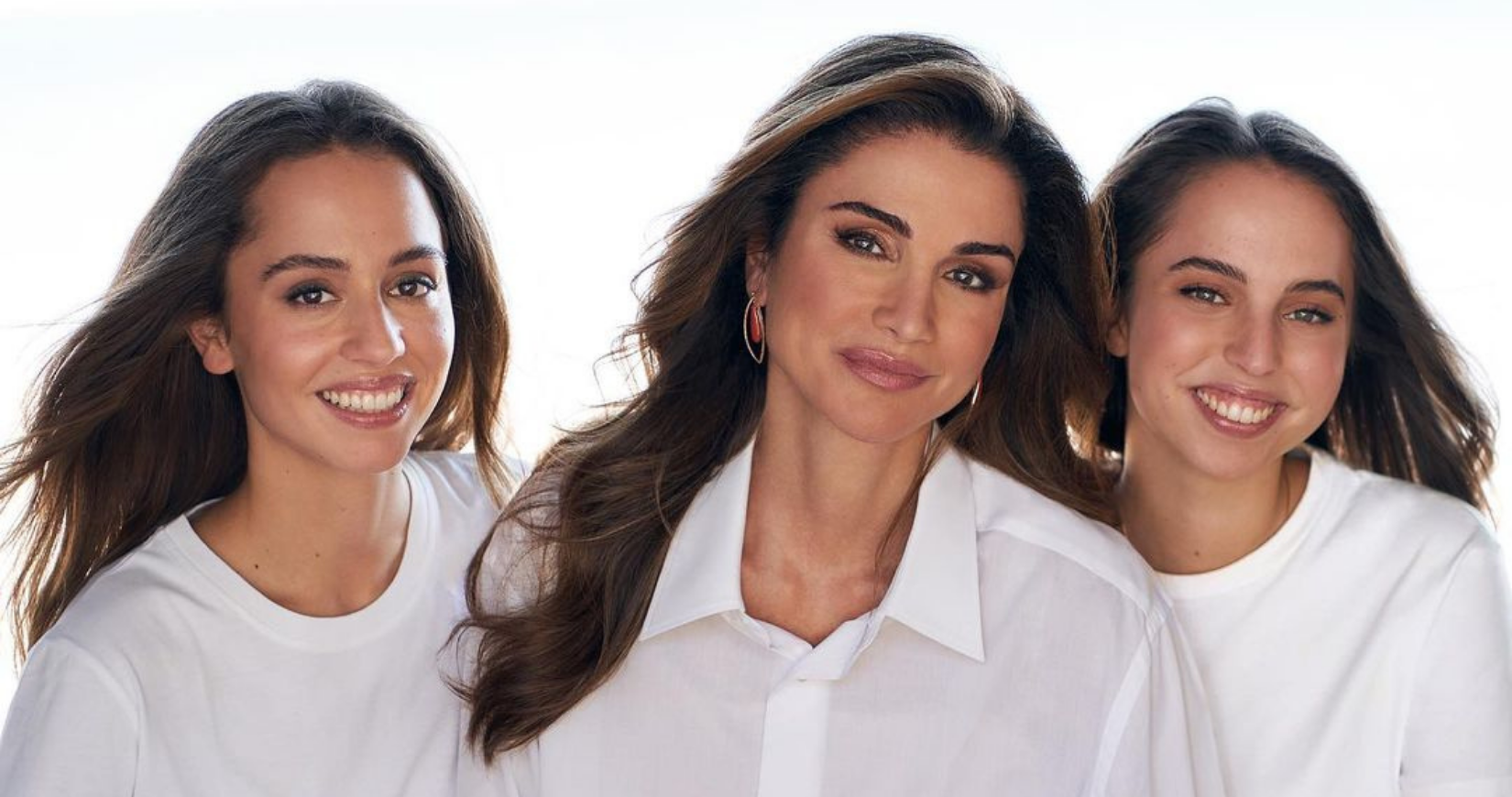 In celebration of Princess Iman and Princess Salma’s birthdays, four new royal portraits have been unveiled.

The image shows the beautiful royal trio together to mark the princesses’ birthdays as Princess Iman turns 25 and Princess Salma turns 21.

In the photo, Princess Iman is seen on the left wearing a simple white t-shirt and jeans, Queen Rania is in the middle of her daughters wearing a white blouse and striped white trousers and Princess Salma is on the right wearing a matching outfit to her elder sister.

To wish her daughters a happy birthday, Queen Rania simply captioned the post, “A lifetime #happybirthday.”

Crown Prince Hussein also shared a photo of himself with his two younger sisters to mark their birthdays.

“Wishing my dear younger sisters Salma and Iman a very happy birthday,” he captioned the post.

The first was released to mark Princess Salma’s birthday, where the young royal is seen with her father, King Abdullah.

The second featured Princess Iman and the Jordanian King to mark her 25th birthday.