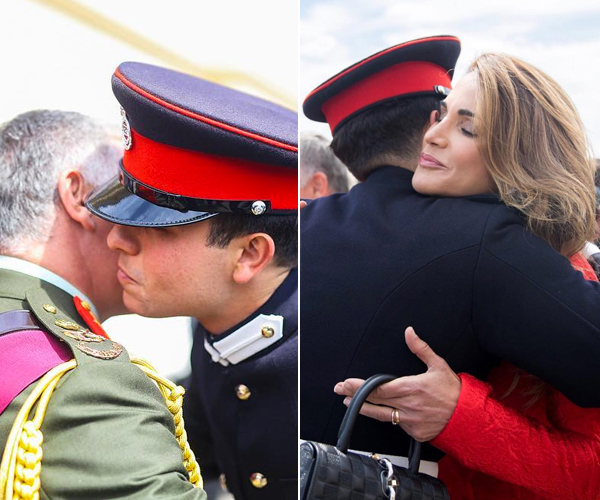 The royals jetted into the UK to watch Crown Prince Hussein’s passing-out parade at a prestigious military school.

King Abdullah II has had a long and distinguished career since training at the Sandhurst Military Academy in 1980.

And now, more than 30 years later, the royal got to watch his own son graduate from the same British school.

Along with Queen Rania Al-Abdullah, the king jetted into the UK over the weekend to celebrate Crown Prince Hussein’s passing-out parade.

Read:
Some Of The British Royal Family’s Most Famous Jewels Have A Middle Eastern Link
Hold Up, This Might Be Michael Cinco’s Most Stunning Wedding Dress Yet

Twenty-three-year-old Hussein, the eldest of Queen Rania and King Abdullah’s four children, was among the 129 cadets graduating from the prestigious academy (that also counts British Princes William and Harry among its alumni).

Proud of you, son, as you conclude this important chapter in your life and devotedly carry on serving our beloved Jordan pic.twitter.com/bhf8Z9ZPGy

And the tight-knit royals turned the occasion into a proper family affair, with Hussein’s siblings Princess Iman, Princess Salma and Prince Hashem also flying in to cheer him on.

Both the Crown Prince’s parents paid tribute to their eldest on the day, with King Abdullah posting on Twitter: “Proud of you, son, as you conclude this important chapter in your life and devotedly carry on serving our beloved Jordan.”

Queen Rania also shared a nostalgic throwback image of Hussein, who clearly had military aspirations from a young age.

“You have given us countless reasons to be proud of the man you have become,” she also wrote, alongside a touching image of herself hugging her firstborn.

“Congratulations on graduating from the Royal Military Academy Sandhurst, in the footsteps of your father, we are both so very proud of you!”

مبارك للحسين تخرجه من كلية ساندهيرست العسكرية على خطى سيدنا. مرفوعو الرأس بك دائما، وفخورون بقوتك وعزيمتك ‎#فخر #تخرج #الأردن #حب_الأردن You have given us countless reasons to be proud of the man you have become. Congratulations on graduating from the Royal Military Academy Sandhurst, in the footsteps of your father, we are both so very proud of you! #Proud #Graduation #Jordan #LoveJO

King Abdullah, who represented Queen Elizabeth by inspecting the parade, also delivered an address to the crowd on the day.

“It is not the first time I have had the privilege to attend the Sovereign’s Parade. Many years ago, I was a cadet standing where you are now,” the royal said, according to the Jordan Times. 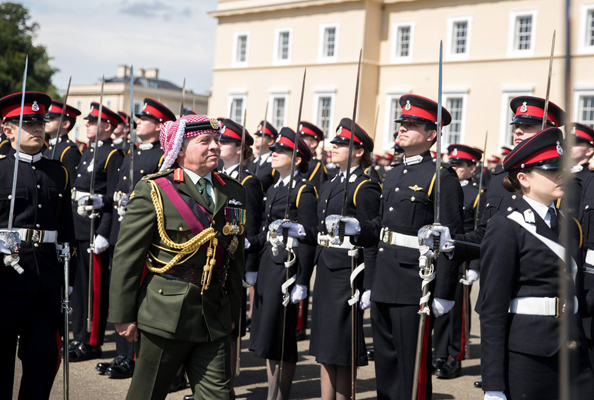 “Not every day will be a good one. You may not win every battle. But, however many times you get knocked down in life, you can, and must, get up again.

“In this profession of arms, you are now where the buck stops. You are graduating, because people believed in you. You must now believe in yourself and rise to the challenges ahead.”

The royal, who majored in international history, already holds the rank of first lieutenant in the Jordanian Armed Forces and is a skilled helicopter pilot.

Read:
#SaidNoOneintheUAEEver Is Trending On Twitter Right Now
This Muslim Beauty Queen Made History After Refusing To Wear A Bikini On Stage

At the age of 20, he became the youngest person ever to chair a UN Security Council Meeting.

It’s not known exactly what Crown Prince Hussein will now do after graduating from Sandhurst, but it’ll definitely be epic.

We’ll be keeping you posted…