On National Friendship Day, here’s a look at one of our favourite pairings 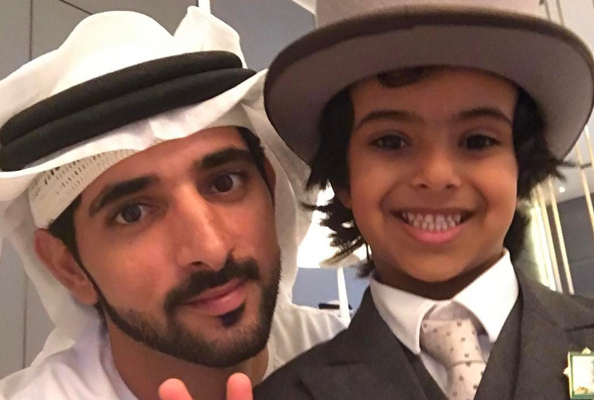 Sheikh Hamdan + Maj = some of the sweetest snaps to ever grace the internet.

When it comes to having the greatest childhood best friend, not many can compete with Mohammed bin Ahmed Jaber Al Harbi.

The Emirati schoolboy doesn’t count his classmates or cousins as his best pal – that title goes to the Crown Prince of Dubai.

That’s right, Sheikh Hamdan bin Mohammed bin Rashid Al Maktoum and Mohammed – known as Maj – have shared a close bond for years, with both their social media feeds full of shots of the pair together.

Read:
The Actor Cast As Aladdin’s Jafar Is Not What We Were Expecting…
Sheikh Hamdan Encounters Bears And Snakes During His Intrepid US Trek

Maj, the son of Sheikh Hamdan’s long-time friend Ahmed Jaber Al Harbi, has charmed the world ever since he surprised British monarch Queen Elizabeth II with a super-cute handshake back in 2015.

But no matter how many royals he meets, Sheikh Hamdan is still his “best friend”, according to Maj’s Instagram page (which is run by his parents and has more than 500,000 followers).

So, in honour of National Friendship Day, we looked back at some of the two’s most touching moments…

Maj’s sunnies game is on point.

Sheikh Hamdan can always be relied on for a fun-filled playtime.

They’ve got all the selfie filters down.

They’ll try out all the coolest new gadgets.

Maj is close with all of the Crown Prince’s family.

Read:
This Muslim Beauty Queen Made History After Refusing To Wear A Bikini On Stage
You’ll Feel Like You’re At The World’s End At Dubai’s Newest Foodie Spot

They have plenty of shared interests.