UP Next
X
In need of some perfect day-to-night pieces? We've found them...
Siobhan Downes
July 22 2018

Malala checked out the water-themed show La Perle by Dragone.

She only joined Instagram 10 days ago, but Malala Yousafzai is already making the most of it.

The Pakistani activist, who celebrated her 21st birthday on July 12, posted a series of Instagram Stories on Saturday night which showed her enjoying Dubai’s very own water-based show, La Perle by Dragone at Al Habtoor City.

While we’re unsure of the exact reason behind Malala’s visit to the UAE, or how long she’ll be here, the youngest ever Nobel Peace Prize recipient was clearly impressed by the production, sharing clips of some of the show’s more incredible moments. 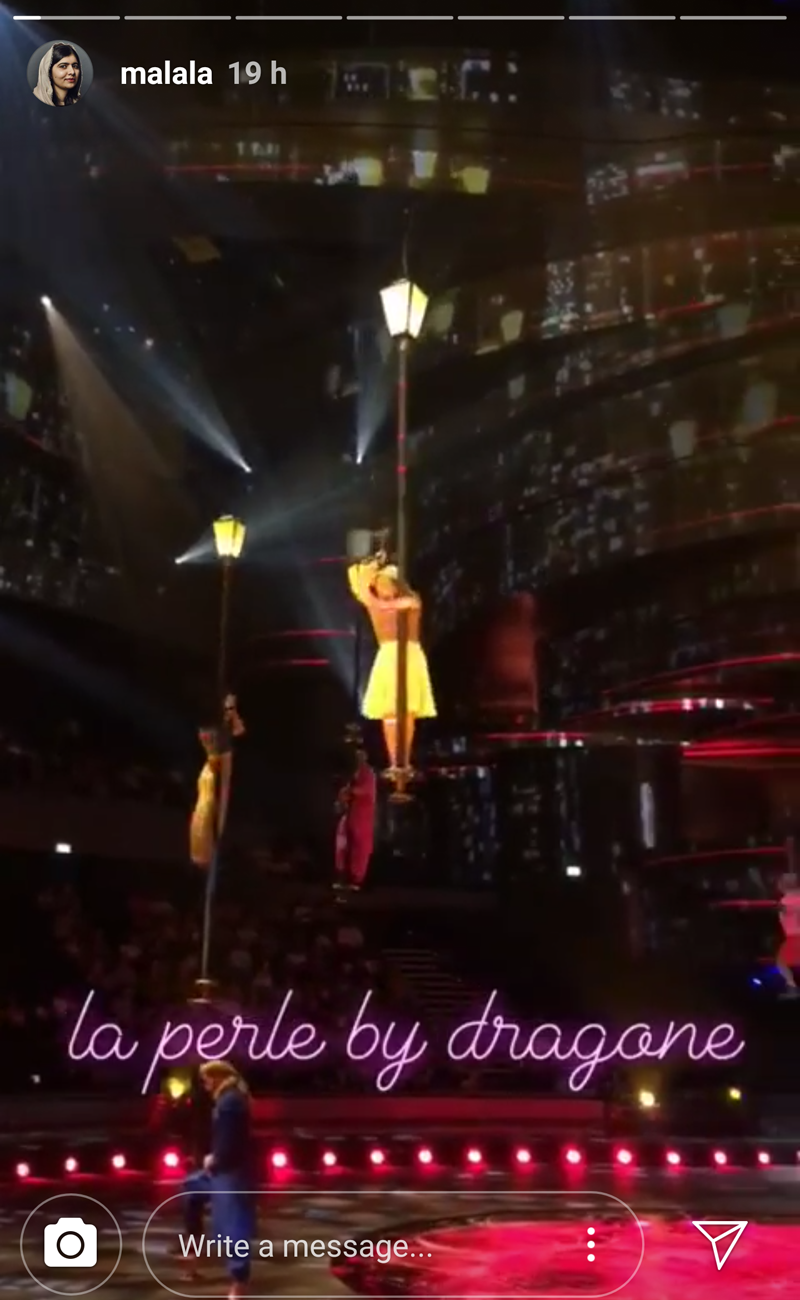 The purpose-built theatre consists of an aqua stage, which is filled with 2.7 million litres of water during the show. The production combines ground-breaking technology with “superhuman” aquatic and aerial stunts performed by an international cast of 65 skilled artists. Malala also shared a photo of the JW Marriott Marquis Hotel in Business Bay, though it is not known if that is where she was staying. 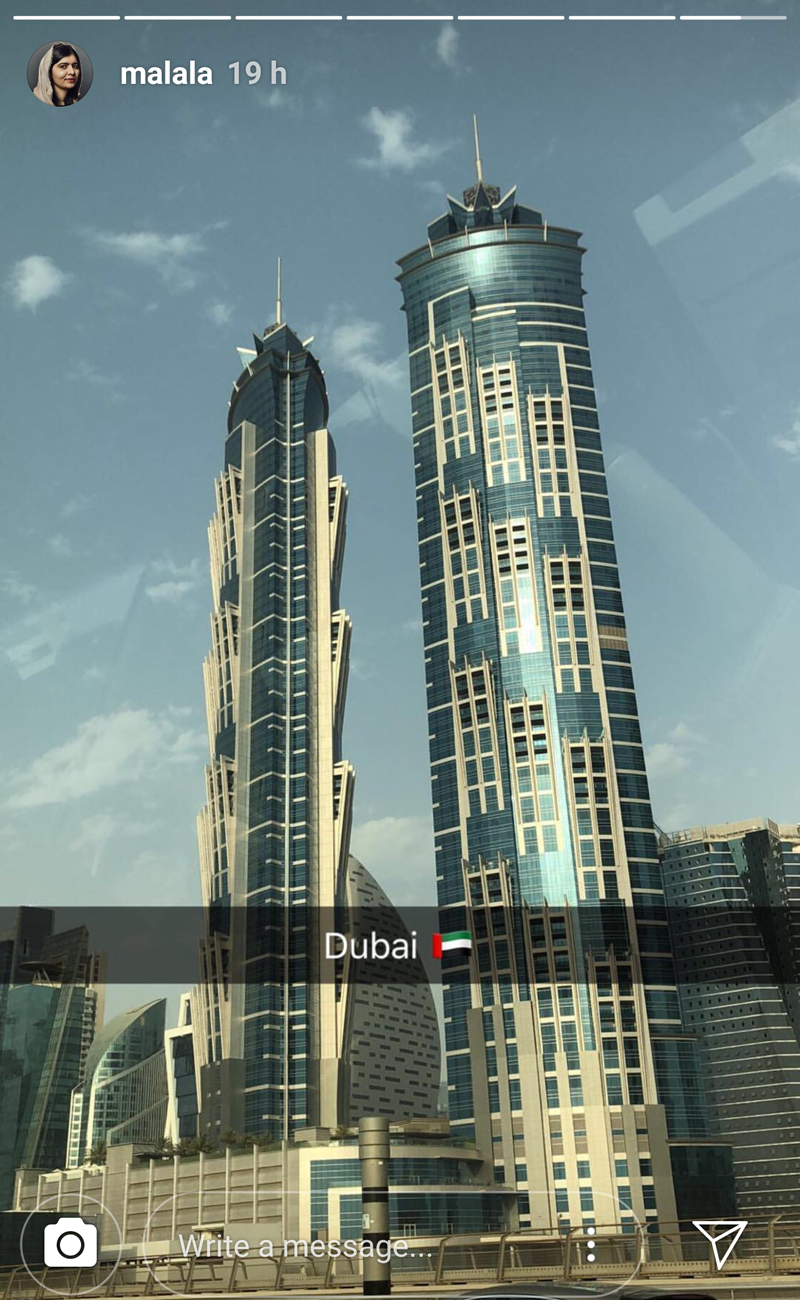 The education activist has most recently been travelling around Brazil, advocating for local girls’ rights to attend school. On her birthday, she announced that her non-profit organisation, the Malala Fund, was investing around US$700,000 in education activists in Brazil.

In 2012, Yousafzai was shot in the head and neck in an assassination attempt by Taliban gunmen for speaking out about girls’ right to education in Pakistan. Her story led to an international outpouring of support, and she was transferred to Birmingham, England for lifesaving treatment.

The teen made a full recovery, and has continued to campaign for young women’s access to education ever since.

She was awarded the Nobel Peace Prize in 2014, and last year was named the youngest ever United Nations Messenger of Peace – the highest honour that can be bestowed by the UN secretary-general.

She is currently studying philosophy, politics and economics at the University of Oxford.