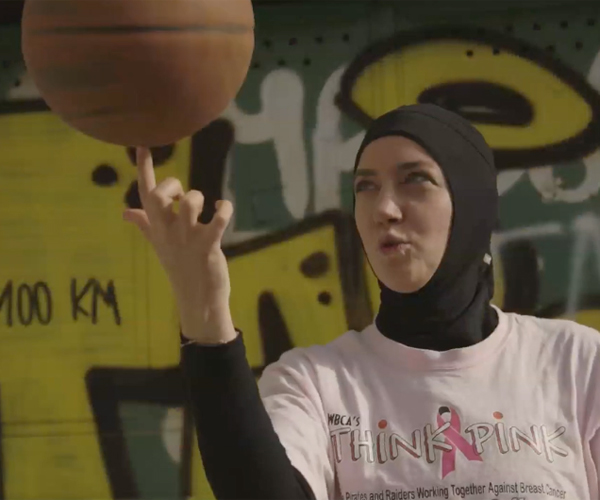 The International Basketball Federation has agreed to allow athletes to wear head coverings.

Muslim women will soon be allowed to wear hijabs during basketball matches after the International Basketball Federation (FIBA) changed its headgear rules.

Previously, all headgear – including the hijab – was banned from the sport, with FIBA citing concerns about the risk of injury to other players.

However, the federation has done a U-Turn, and on Thursday ratified a new rule that will allow professional players to wear headgear, including hijabs and turbans.

“The new rule comes as a result of the fact that traditional dress codes in some countries – which called for the head and/or entire body being covered – were incompatible with FIBA’s previous headgear rule,” the organisation said in a statement.

Read more:
A Saudi Teen Asked Her Dad What He Would Do If She Took Her Hijab Off
She Fought For The Right To Box In Her Hijab… And Won

Under the new rule, headgear must meet certain criteria, such as that it doesn’t “cover any part of the face entirely or partially”, and must not be dangerous to the player wearing it, or other players.

In recent years there have been growing calls from Muslim players to allow head coverings to be worn during matches for religious reasons.

In 2014, the Qatar women’s team was forced to withdraw from the Asian Games after they were denied permission to wear the hijab. At the time, FIBA said its regulations applied “on a global scale and without any religious connotation”.

The rule change is set to come into effect on October 1.