Kylie Jenner just confirmed her pregnancy with a touching video 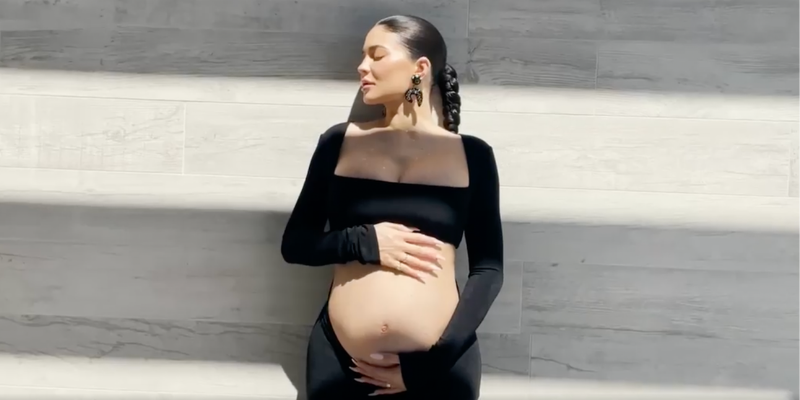 After quite a few weeks of speculation, the makeup mogul confirmed she was pregnant on Instagram.

To announce her pregnancy the 24-year-old shared a touching video to Instagram showcasing a series of clips of her pregnancy journey thus far.

The footage includes the moment she found out her pregnancy with a positive test and then sharing the news with baby daddy Travis.

The video also showcases Kylie telling her mother, Kris Jenner. In the clip, Stormi walks up to ‘Lovey’ with an envelope containing the sonograms from Kylie’s ultrasound. Clearly taken aback, Kris responds saying, “What is this – are you pregnant?”

Sharing her excitement with her grandchild, Kris adds, “Stormi we’re going to have a baby! This is one of the happiest days of my life.”

Other clips include Kylie and her friends at her birthday dinner, showing her growing baby bump and other doctors’ appointments.

However, the sweetest of them all is one of the final clips of Kylie and Stormi where the three-year-old gives her mother’s growing baby bump a loving kiss.

Thus far, Kylie and Travis have not confirmed the gender of the unborn baby.

While there was much speculation throughout her first pregnancy, Kylie chose to keep the news to herself only confirming the news once Stormi had arrived.

Kylie didn’t confirm a due date for the baby, but it can be assumed given how far along she currently is, a new member of the Kardashian-Jenner clan will be arriving early next year.