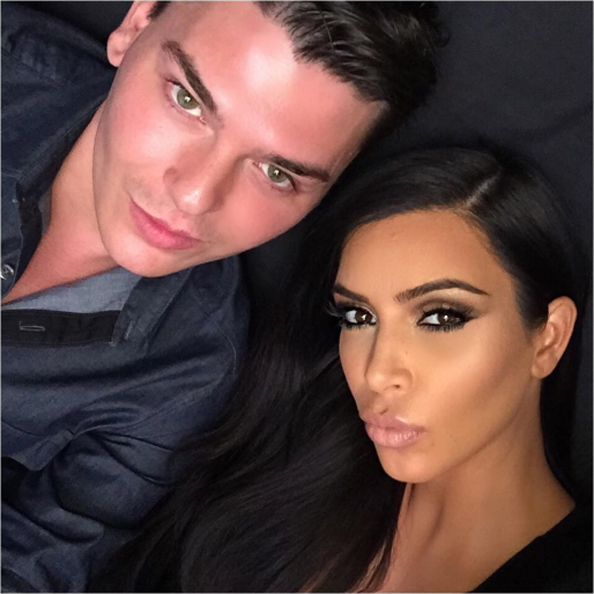 After Kim Kardahsian cancelled her visit to Dubai this month following her terrifyingly robbery ordeal in Paris, we can now confirm the relaity TV star has rescheduled her trip.

That’s right, determined not to let her fans down Kim Kardashian and make-up artist pal Mario Dedivanovic have rescheduled their beauty masterclass for January 13, 2017.

The mum-of-two had originally planned to come to Dubai this October, making the exciting announcement on Twitter back in August.

The trip was going to double up as a birthday holiday, as Kim turned 36 on October 21, with the star even tweeting the following:

So excited to go to Dubai in October for the master class with @MakeupByMario Its both of our birthday month too so we have to celebrate!

Unfortunately the trip was cancelled after the business woman – say what you like about her but she has managed to grace the cover of US Vogue, runs multiple enterprises and is worth US$85 million – was held at gunpoint in Paris.

The star was in the French capital for Paris Fashion Week and had made her way to her luxury accommodation after dinning and partying with friends when five men posing as police officers tied her up and gagged her before stealing millions of euros (estimated US$9 million) worth of jewellery.

Understandably shook up Kim cancelled many of her engagements including the Dubai masterclass and has been leading a more reclusive lifestyle since, even steering clear of social media.

In fact, it was Mario Dedivanovic who made the recent announcement on his Instagram page.

January 13th can’t come fast enough! I’m so excited. #TheMasterClass. My Gift bags are currently at over $2K worth of amazing products 🙆🏼🙆🏼 im sharing all my tricks and knowledge from the past 15 years of being a working celeb makeup artist, Kim will share all her insight and knowledge too and meet and greet and photos with us can’t wait! #Dubai #kimkardashian #MakeupByMario 🙏🏻💘🙏🏻💘 link in bio… If you are serious about makeup or a career on makeup this is for you 👌🏼👌🏼

In case you are wondering, Mario Dedivanovic is a former perfume consultant who went on to become the go-to make-up artist for the stars. The Albanian-American artist even did Kim Kardashian’s make-up for her Florence wedding to Kanye West. So, he is regarded highly among the Kardashian-Jenner posse.

The masterclass will take place on January 13, 2017 at The Music Hall, Zabeel Saray on Palm Jumeirah, with Mario revealing there will be gift bags worth over US$2,000. In the masterclass Kim will share “will share all her insight and knowledge too and meet and greet and photos.”

Her fans are certainly excited, all too eager to replicate her famous contouring looks.

Like her younger sister Kylie Jenner, Kim regularly reveals how to copy her look on her website, she also has nearly 400,000 subscribers on her YouTube page where she provides step-by-step tutorials.

It’s finally here! You guys have been asking me forever. @kimkardashian and I drugstore tutorial on her app. You know I love finding great drug store makeup but This is the first time I ever did a complete look using only drug store makeup. Check it out and see how it turned out. Xo -MakeupByMario

Keen to sign up? Book your tickets here before it’s too late.