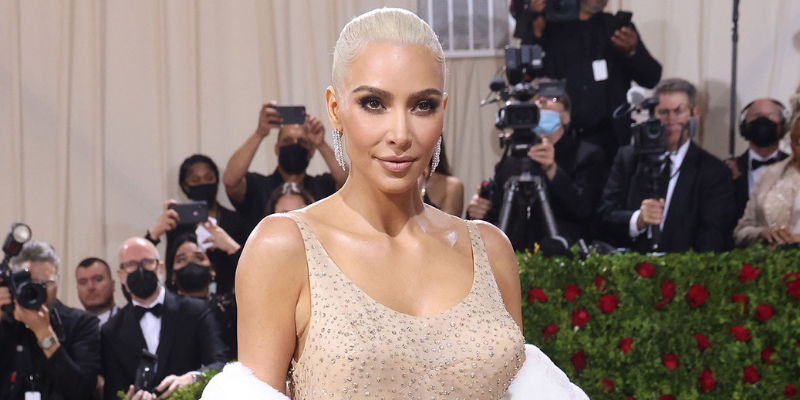 Kim Kardashian made a statement at this year’s Met Gala wearing an iconic dress made especially for Marilyn Monroe.

Kardashian donned the gown Monroe wore in 1962 when she serenaded then-President John F. Kennedy at his birthday party at the White House.

Loaned after the beauty mogul’s request, she was the first to wear the gown since 1962. However, it’s now emerged the gown has suffered damage after Kardashian wore it.

In photographs posted by Ripley’s Hollywood, showing missing crystals and tattered seems, showcasing damage, particularly around the closure area of the $5 million gown.

A post shared by The Marilyn Monroe Collection (@marilynmonroecollection)

After the Met Gala, Kardashian sparked backlash for wearing it, with famed designer Bob Mackie branding it a “big mistake”.

“Nobody photographs like that,” he told Entertainment Weekly. “And it was done for her. It was designed for her. Nobody else should be seen in that dress.”

Kardashian didn’t only spark outrage for wearing it, but for also publicly revealing she crash dieted for the event losing 16 lbs in just three weeks.

The reality star’s comments were branded “disgusting” and “harmful” by many including Riverdale actress Lili Reinhart.