From Pilot To Wrestler: UAE Women Shattering The Glass Ceiling 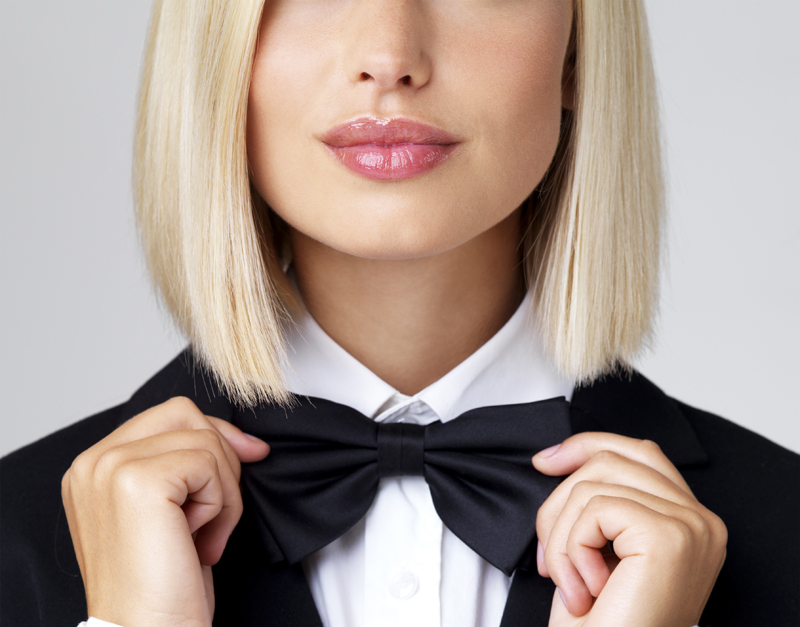 Today is International Women’s Day, a day dedicated to celebrating the social, economic, cultural and political achievements of women who continue to shatter the glass ceiling and defy stereotypes.

Compared to other countries in the region, the UAE is way ahead in terms of women’s rights. There are female ministers in the government, women have the right to vote, and the UAE is even getting its own all-female police force. So in celebration we sat down with five inspirational women in seemingly male-dominated jobs, and asked them about their take on the world. 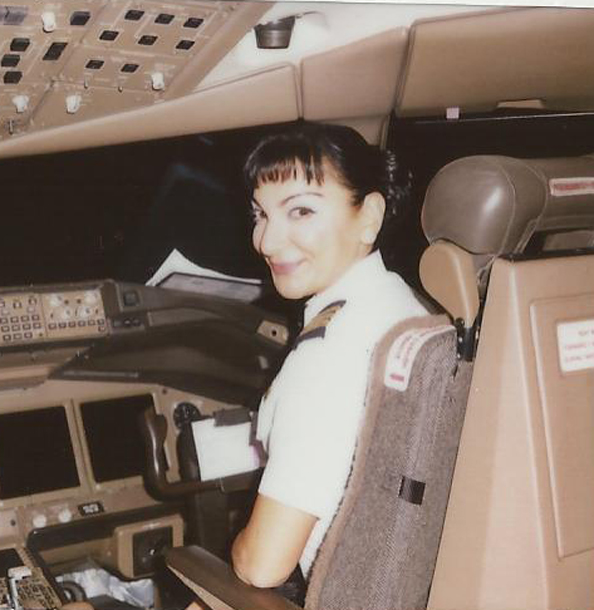 It was always my childhood dream to be a pilot. I made a plan and stuck to it, and from my teenage years onwards I did everything it took to become a pilot. I chose all the right subjects in my last three years of school – focusing on technical subjects such as maths and physics, prioritising academic studies over other things in life all in order to follow my dream no matter what.

I always have to be alert and attentive. I’m responsible for the safety of 400 plus people on board.You have to make sure you know exactly what you are doing and always have a plan B. I personally don’t allow any sort of problems or issues to affect my decision-making and professionalism. With this approach, there’s little room for sexism in a professional environment.

The hardest part of the job is the unsocial hours. The shift work, night flights and the jetlag are difficult. It’s generally a rather unhealthy environment for the body. It can be quite difficult to maintain a good balance between work and a regular life.

The whole notion of taking off  still gives me an adrenaline rush. Flying the Boeing 777 is fantastic and I’m extra grateful that I’m able to fly such an amazing aircraft. I am never bored in my job. Everyday is different.

People are pleasantly surprised by my job. I’ve had some guys ask if the rumours were true that women couldn’t be pilots because they get their periods. You have to laugh, but unfortunately some people really though that was true.

Don’t try to be a man. Be who you are, but make sure that you don’t expect any shortcuts because you are a woman.

Always be professional and a person of integrity. Know your stuff, be on time and do your job right. Perhaps I haven’t experienced sexism because I don’t take everything too seriously. A joke is a joke, and a stupid comment is sometimes exactly that – a stupid comment.

Sometimes it’s us that are limiting ourselves. Personally I don’t focus on the fact that I’m a woman. I just focus on being a professional with high standards, and delivering a safe outcome.

Related Story: Why It Rocks To Be A Woman In The UAE 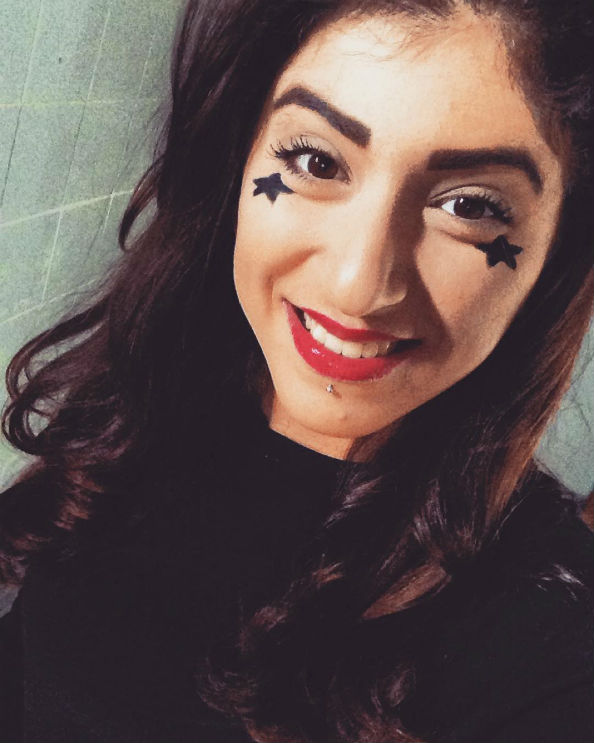 I got into wrestling as a young teenager. Unlike a lot of other sports, I found wrestling offered something really different.

My family is very supportive of what I do. They think it’s something that has a future and they always support me no matter what.

Being an Arab female wrestler has had mixed reactions. Some are very supportive and others think I’m stupid and that I shouldn’t be taking part in such sports.

The most difficult challenge I’ve faced as a female wrestler is acceptance… acceptance from other people. Not a lot of people are okay with what I do, not that it concerns me too much. I just want for people to generally accept females in the sport.

I truly enjoy wrestling. Honestly, being the first ever Arab female wrestler is a true pleasure for me. It’s like a badge of honour that I wear wherever I go. The best part though of being a female wrestler is going out there and kicking everyone’s butt.

I hope to be an inspiration to others. I truly want woman to break out of their shells, and not be afraid of taking part in what are considered ‘male’ sports and being themselves. Society’s judgments shouldn’t stop us from doing what we want to do, and neither should culture or anything like that.

Related Story: What Does Feminism Mean To You? 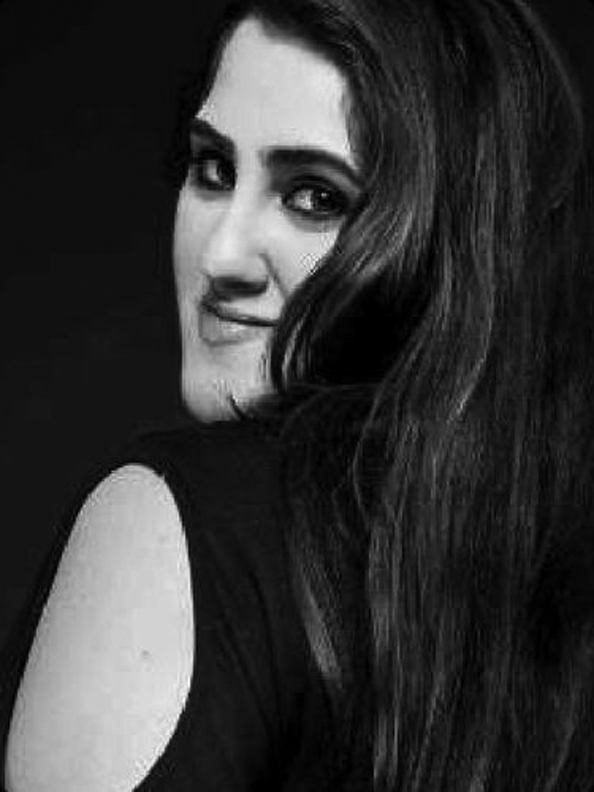 Everyday comes with different pressures for me. The biggest comes from some of my own people with the same nationality [Emirati] when they don’t understand my passion and ask me questions like: ‘Why would you be in such a field? Where are your parents? Why are you insulting your country?’

There’s the pressure for me to get married and not work. It’s a no-no for wives to work in such a field and be married. Few men in the Emirates would accept that. I finish some races at 1am, which they won’t accept. There are races that require me to stay 24 hours out of the house. I feel pressured to choose between motorsports and to have a family.

My mum and dad are very supportive. They are scared but supportive. Initially, my brother was against it. He couldn’t understand why I didn’t choose a more ‘feminine’ career.  I had friends walk away from me because I’m supposed to act ‘female’ and not act like a ‘tomboy’. In my culture, women should be at home, married with kids and not working. Everything else is for men.

I can still be a mum and have a career. Yes I want a family of my own, but I would be out there with my kids on the racetrack teaching them about my passion and probably racing.

Almost everyday of my career in this field I face a hurdle. I overcome issues by ignoring them, and just focus on what I want to achieve and look forward. Yes, I have cried a lot and have nearly given up and walked away from it all, but I choose to get up and continue to follow my passion.

I’ve always had a huge passion for motorsports. I’ve been in motorsports for 11 years. Despite pressures, I have had great support from my family and friends. I’m a very stubborn person and if I get something in my head that I want to reach, I tend to eventually succeed.

Never give up and never let anyone put you down. Follow your heart and passion no matter what consequences you will face. If you believe in yourself and you believe that you can do it then continue in your pursuit of happiness. 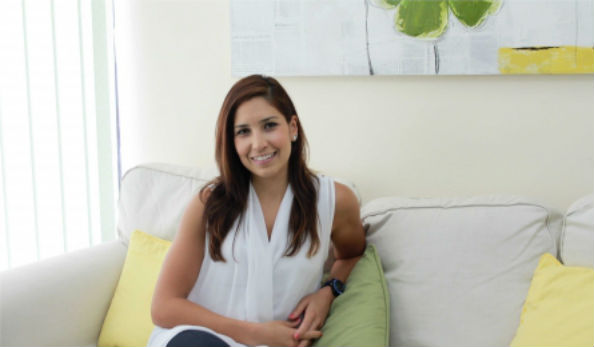 I’ve always been very fascinated with the field of Psychology. During my studies, I explored different courses and one day I felt like I had a light bulb flash in my mind and got the idea of becoming a couples and relationship therapist.

I do face certain challenges in my line of work. Sexuality and talking about relationships is still quite taboo in this part of the world, and so it may not be easy for some people to accept what I do. This hasn’t significantly affected my life so far, but I wouldn’t be surprised if some people attach certain negative judgments to me being a relationship therapist, especially because I’m a woman.

It’s difficult remaining impartial. The hardest part of my job is to not allow the difficulties and pain that my clients are going through to affect my view of relationships and the world. Having empathy for my clients is definitely a big part of the job, which means trying to put myself in their shoes and understand what they are feeling.

It can be so rewarding. My favourite part of the job is when the client or couple share the positive experiences or improvement they have started to enjoy. It’s so rewarding to see a person or couple I have been working with feel and live more happily, healthily, and connectedly.

The most common reaction to my job is shock. Most of the time people are initially surprised, and extremely interested by what I do. They are fascinated when they find out about it, especially because it’s not a common job.

A typical day at work consists of sessions. I have several 50-minute sessions a day, some with new clients, and some with clients I’m already working with. I get individuals (both men and women) and couples, who are experiencing relationship or bedroom difficulties. It’s like going to see any psychologist, but the focus of the discussions is obviously more specific. 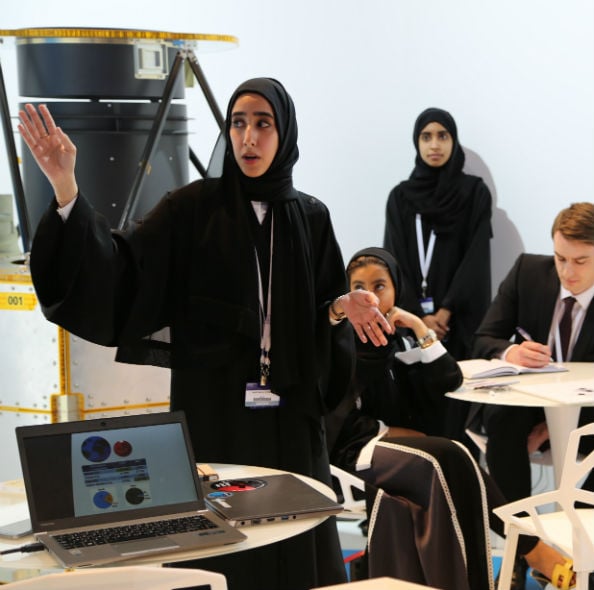 In the Emirates Mars Mission, I am part of the science team. I work as an Instrument Scientist for one of the three imagers known as the Emirates exploration Imager (EXI). In other words, getting the digitised data that’s coming from the instruments and converting it back into understandable physical parameters.

Since I was young, I’ve always interested in space science. I used to watch documentaries and read about space. It really fascinated me. During my university years, I found out that they provide a course in Astronomy and signed up for it.

The majority of the people in my industry are male. That doesn’t mean it’s a male-dominated sector, in my opinion. It just means that  females don’t see that there are opportunities to work in the space industry. I can definitely see that changing in the coming years.

There are always challenges to overcome in any career. My challenge is that this is a new field of work, so everything is new to me. I’ve never been picked on because of my gender. In our work place, at the Mohammed Bin Rashid Space Centre, there is no such thing as gender discrimination. We are chosen based on our capabilities and I am proud to have been chosen to lead such a role.

It’s a very exciting job. I love that I have the time at work to learn new things. I can say that not a day passes by where I don’t learn something new.

People are more confused by my job titles than anything else. Most people kind of give me the quizzical look, like: ‘What is an Instrument Scientist supposed to be?’

I’m always busy but I like to take the time to socialise with my colleagues. A typical day at work starts with me turning up early and checking my emails. Then I start working on the prioritised tasks, attend meetings and then time flies by and the day ends. Most of the time I continue my work at home if required.

I hope my role on the Emirates Mars Mission encourages more women to go into science. If I inspire a person to learn and dream more by lighting even the smallest spark of hope, then I would love to proudly say that I have accomplished that.