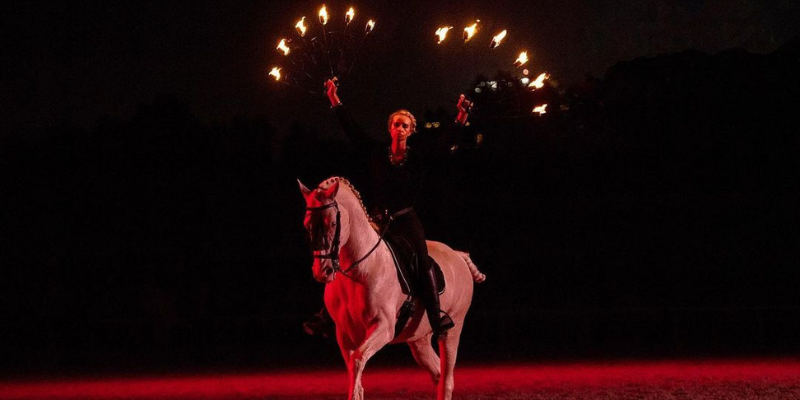 This exclusive video has already made quite a few rounds on social media, adding to the series of popular equestrian snippets on the Team Z7 Show Horses newly launched Instagram page.

In the latest video, the talented horses are seen performing amid the desert with fire, LED lights and a host of previously unseen tricks which are nothing short of awe-inspiring and unlike anything we’ve seen before.

Adding to the thrill, the latest performance displayed several expert tricks including those involving fire. Each performance was carried out by highly trained professionals to present a show likened to a fairytale. By capturing the imagination of any audience, each performance outdoes the other.

Recently, one of the previous videos the team posted garnered over two million views on TikTok. A majestic white horse was seen jumping in a series of different locations around Dubai including near Emirates Towers, in DIFC, in the desert and near the Burj Al Arab.

Being one of the most competitive sport horse stables in the region, Team Z7 has previously shared several popular videos to pave the way for many in the UAE’s sporting realm.

Home to over 150 horses worldwide, Team Z7 has made successful strides in a short period of time with horses that are seen on the international showjumping circuit.

Based in the Zabeel district in the heart of Dubai, Team Z7, under the vision of Sheikha Maitha, launched Team Z7 Show Horses to specialise in events, live performances, film work, marketing & advertising, displays, live entertainment and more.

For more information about Team Z7 can be found on cms.teamz7.ae