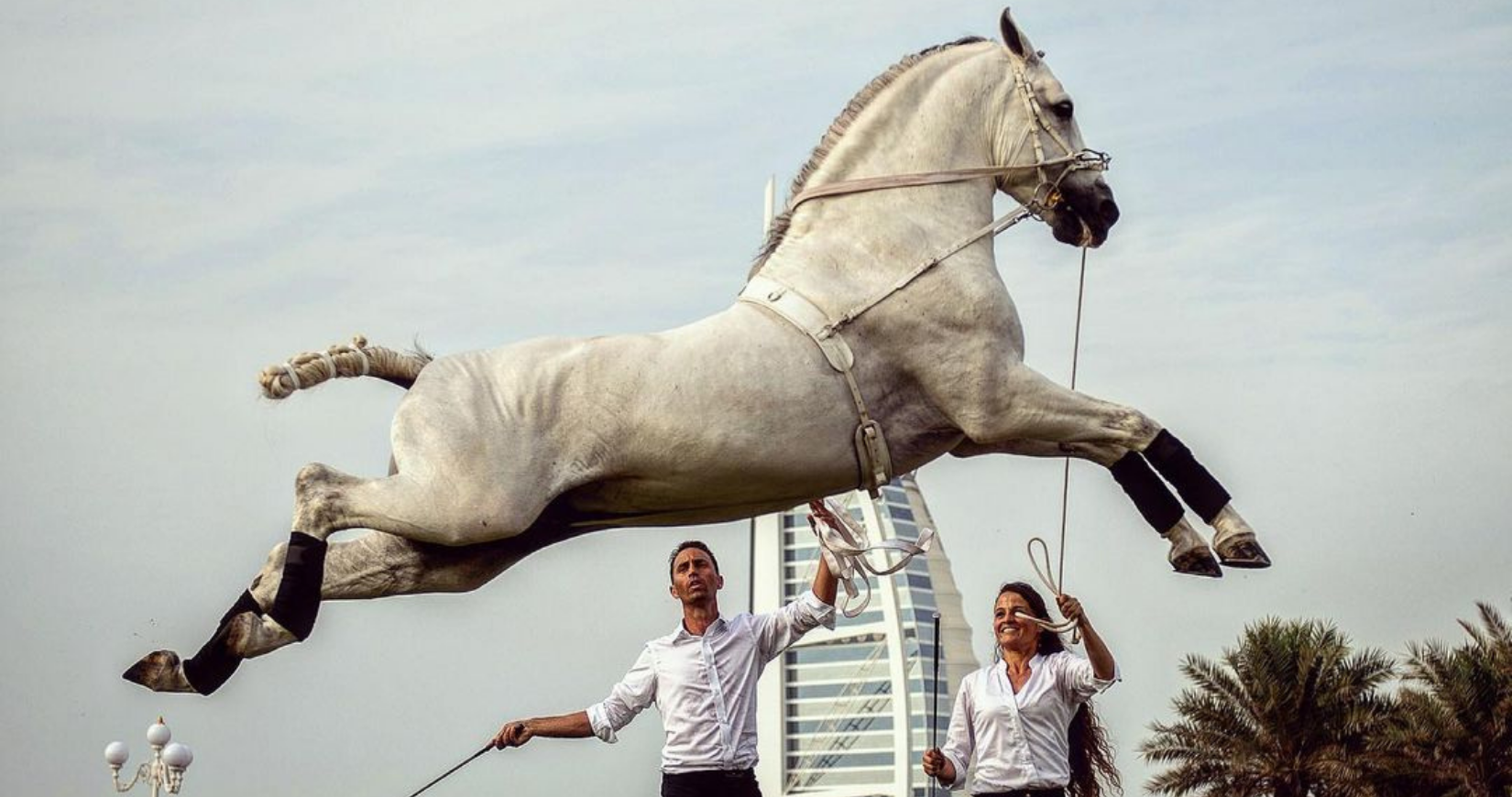 One of the videos the team has posted has gone completely viral, garnering over two million views on TikTok.

In the footage, the majestic white horse is being instructed by two trainers and leaps into the air. In the final edit, the horse is seen jumping in a series of different locations around Dubai including near Emirates Towers, in DIFC, in the desert and near the Burj Al Arab.

@z7showhorses Wait for it… Wow – have you ever seen a horse do this before? #horse #equestrian #riding #jumping #dubai #mydubai #viral #fpy #equine #trick #TakingCareOfBiz ♬ original sound – z7showhorses

Team Z7 officially launched Team Z7 Show Horses at the beginning of October with a spectacular video posted to Instagram.

In the minute-long video, the show horses are seen performing at Gate Avenue in DIFC; rearing at Emirates Towers; galloping on the beaches in front of the Burj Al Arab; and trotting and cantering in the desert amongst the camels.

The footage is truly nothing short of awe-inspiring.

Sheikha Maitha founded Team Z7 a few years back and has since become one of the most competitive sport horse stables in this region.

Now home to 150 horses across the globe – under the leadership of Her Highness – bred by Team Z7 have gone on to win awards on the international stage.

On Team Z7’s official website, Sheikha Matiha says, “Most people talk; we do things. They plan; we achieve. They hesitate; we move ahead. We are living proof that when human beings have the courage and commitment to transform a dream into reality, there is nothing that can stop them.”

Clearly, as an individual who is always following her passions in life, the sky is the limit when it comes to Her Highness and all of Team Z7.