While the eldest Hadid sister is currently preparing to become a mother for the first time, the youngest, Bella, has paid tribute to their own mother in a sweet “appreciation post”.

The model, 23, took to Instagram to share three photos from Mother’s Day of herself and Yolanda Hadid.

“Appreciation post for my fav [sic] lady in town,” she said. “This was from mother’s day…missing you loving you thinking of you @yolanda.hadid.”

The pair were previously self-isolating together in Pennsylvania along with Gigi Hadid and Zayn Malik, who are expecting their first child together, but it seems Bella, Gigi and Zayn are all now in New York City.

appreciation post for my fav lady in town this was from mother’s day…missing you loving you thinking of you @yolanda.hadid

Bella has been seen out and about in New York City, while Gigi and Zayn have also briefly been spotted arriving in Manhattan as they prepare to welcome their first child.

Ahead of the arrival of baby Hadid-Malik, the couple arrived in NYC which is where the supermodel intends to give birth, according to E! News. This coincides with their arrival in the city that never sleeps last week where they were photographed by the paparazzi.

It’s fair to assume the pair will be staying in Gigi’s new $5.8 million (Dhs21.3 million) Manhattan apartment, which she gave fans a glimpse of last month.

According to a source close to Gigi and Zayn, the pregnancy has been good for their relationship after the couple reunited at the end of last year.

“Zayn and Gigi are really excited and have been loving this experience together,” the source told E!. “They both are reading parenting books, have had fun planning the nursery and picking out items together. Things are going really smoothly, and they are closer as a couple more than ever.” 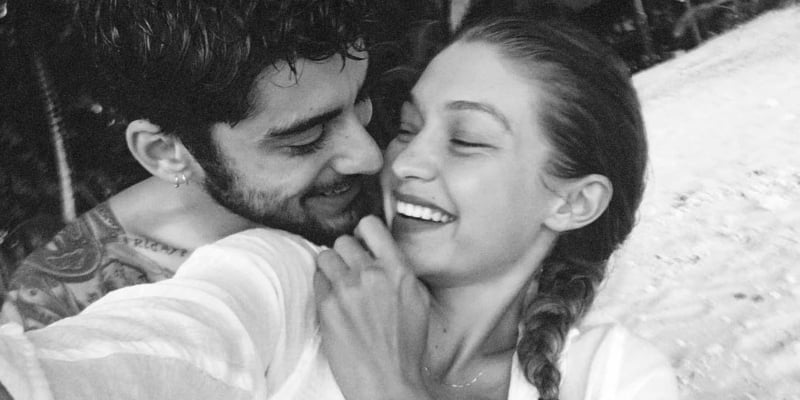 The couple has largely kept the impending arrival of their firstborn under wraps, with the 25-year-old only showing off her bump for the first time recently. She also opened up about why she hasn’t shared much of her pregnancy in real-time.

The model revealed she has been documenting her whole journey and will share it “in the future” when she feels it is the right time.

“I have been taking a lot of pictures of my bump and sending it to friends and family and it’s been really cute and exciting,” she said. “I’m trying to document it well because I’ve heard a lot of people say obviously, ‘make sure you don’t miss it.’”

It’s been reported the couple are expecting a girl, but neither of them has officially confirmed the gender.