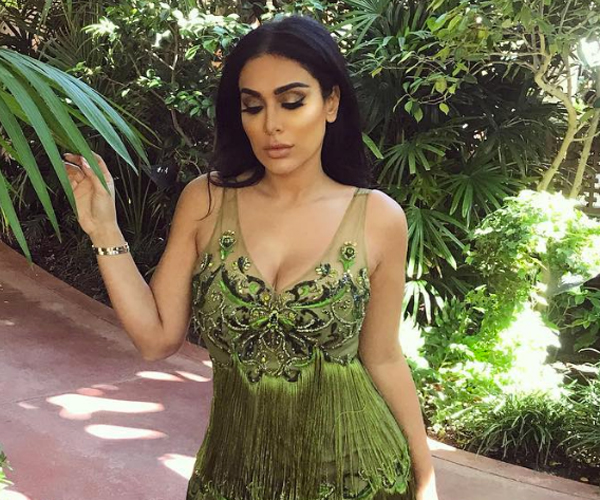 She’s a super-savvy businesswoman who has grown her company to phenomenal levels in recent years.

And now we’ve discovered just how powerful Huda Kattan’s and her beauty empire really is.

The Dubai-based makeup entrepreneur, who has more than 20 million followers on Instagram alone, has been named one of Time magazine’s most influential faces on the world wide web.

And that’s not the only list she made this week – the Huda Beauty founder has also topped a first-ever list of Instagram’s richest influencers.

Kattan, a trained makeup artist, regularly shares informative beauty tutorials on her account, as well as promoting other budding artists’ work (and huge kudos for that, not all MUAs do the same).

But it’s her paid-for posts which can make the big bucks – in a ranking compiled by Instagram scheduling tool Hopper, the 33-year-old can charge around US$18,000 for a sponsored image.

I can’t believe how similar we are! My mini me turns 6 in a couple days 👸🏻💜 @silverfox08

Yep, the beauty blogger turned CEO has the power to command Dhs66,000 for promoting a company or product on her social media account.

However just because she can doesn’t mean she does.

The Iraqi-American star rarely accepts sponsored posts, revealing in previous interviews she wants her followers to be able to trust in her honest opinions.

Read:
Here’s Everything You Need To Know About Rihanna’s New Saudi Beau
Huda Kattan Has Been Named One Of Forbes’ Top Three Beauty Influencers

“In the last couple of years, influencers and celebrities have really caught on to the fact that endorsing brands on Instagram pays off, and as you can see from our Rich Lists, there is a serious amount of money to be made,” said HopperHQ co-founder Mike Bandar.

“With approximately 700 million active monthly users across the world, it offers a wealth of potential customers for brands that have the budget to harness the influence of the people on our lists, and a chance for people to make a real career out of ‘gramming’.”

Hopper’s ranking, created using a mix of internal data and publicly available information, places Internet personality Cameron Dallas as the second wealthiest influencer (charging up to US$17,000 a post), followed by fitness model Jen Selter (US$15,000 per post) and British vlogger Zoella (US$14,000 per post).

In a second list of the wealthiest celebrities on Instagram, singer and actress Selena Gomez comes out on top, with the ability to command US$550,000 per post.

The Hopper survey also found that on average, one in 20 Instagram users now monetise their posts, with sponsored content on the platform growing by 34 per cent since 2015.

Under Instagram rules, users paid to promote content must declared those posts sponsored (as Kattan does), so you need to look out for those little #ad hashtags.

Feeling more inspired to updated your weeks-out-of-date Insta now? Yeah, us too…