UP Next
X
Need to elevate your winter wardrobe? We've found the season's...
Emma Day
November 9 2017

The stylish human rights lawyer will be joined on the night by Rihanna.

It’s one of the fashion world’s most significant nights, when A-listers, Hollywood legends and even royalty congregate at one of New York’s finest museums.

The Met Gala (or more formally known as the Costume Institute Gala) is an annual sartorial extravaganza, providing some of the most memorable looks of all time, year after year.

Read:
Some of the British royal family’s most iconic jewels have a Middle Eastern link
Amal Clooney has lent her wedding dress to this incredible fashion display

Kim Kardashian West’s floral Givenchy with the built-in gloves? That was the 2013 Gala. Rihanna’s canary-yellow Guo Pei gown with the fur-trimmed cape? That was a 2015 highlight.

And next year, the benefit will be hosted by none other than Amal Clooney.

The British-Lebanese human rights lawyer will join with co-hosts Rihanna and Donatella Versace at the Metropolitan Museum of Art on May 7, 2018 for the event.

Every year has a different theme for the dress code, and 2018’s has been announced as Heavenly Bodies: Fashion and the Catholic Imagination (that’s sure to give some pretty breathtaking interpretations on the night).

The gala raises funds for the museum’s Costume Institute’s annual fashion exhibit, and has been chaired by Vogue US editor-in-chief Anna Wintour since 1995. 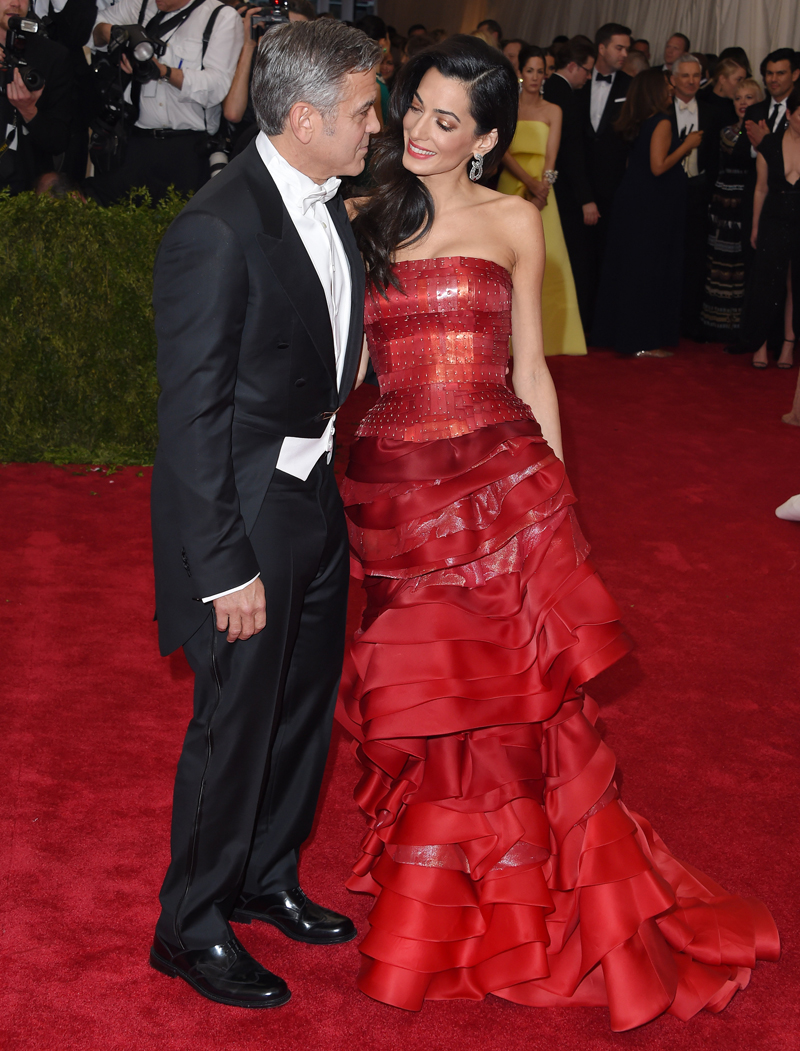 Clooney has previously only attended the Met Gala once before, in 2015 when the theme was China: Through the Looking Glass, wearing a custom-made Maison Margiela Artisanal gown by John Galliano.

The Beirut-born activist and philanthropist missed last year’s event, as she was heavily pregnant with twins Ella and Alexander.

Read:
The local style influencers you should be following for 2018
Let’s focus on what Amal Clooney was doing at the UN, not her clothes

As well as working as a barrister for Doughty Street Chambers, Clooney is a red-carpet pro, who this year alone has pulled out vintage minis, ’70s sparkles and flowing Grecian gowns.