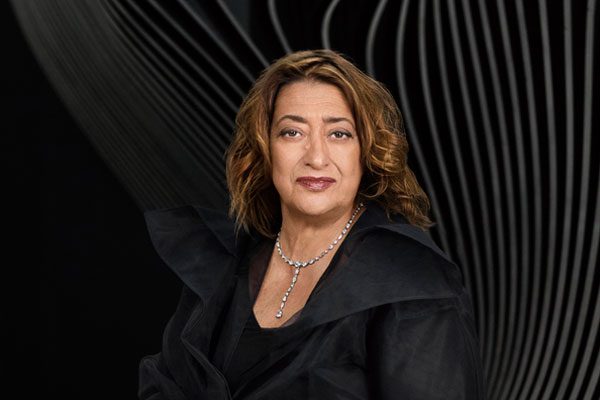 Female students in Saudi Arabia are naming the streets around their university after influential women.

Visionary Iraqi-British architect Zaha Hadid has been honoured with a street name near the University of Hail in Saudi Arabia.

According to Al Arabiya, the touching tribute is thanks to a group of female students at the university’s communication and education centre.

The students came up with the idea to name certain streets and squares around the campus after prominent and inspiring women.

They chose to name the street near the engineering faculty after the groundbreaking architect, who passed away in March last year at the age of 65.

Read more:
Google Just Honoured Zaha Hadid In A Rather Touching Way
Zaha Hadid Dies At The Age Of 65

@ZHA_News A street named after Zaha Hadid in front of an engineering college in Saudi Arabia. pic.twitter.com/2BWb3IOk6M

Born in Baghdad in 1950, Hadid studied mathematics at the American University of Beirut before starting her architectural journey in 1972 at the Architectural Association in London.

Her works span the globe, including the Sheikh Zayed Bridge in Abu Dhabi, UAE, the Heydar Aliyev Centre in Baku, Azerbaijan, and the MAXXI National Museum of the 21st Century Arts in Rome, Italy.

Other streets were named after Queen Iffat Al-Thunayan, who worked to empower Saudi women, Khadija bint Khuwaylid, the first wife of Prophet Muhammad (peace be upon him), and Saudi scientist Hayat Sindi.

Hind al-Fahad, the centre’s director, told Al Arabiya the initiative was the first of its kind and had been welcomed by the university.