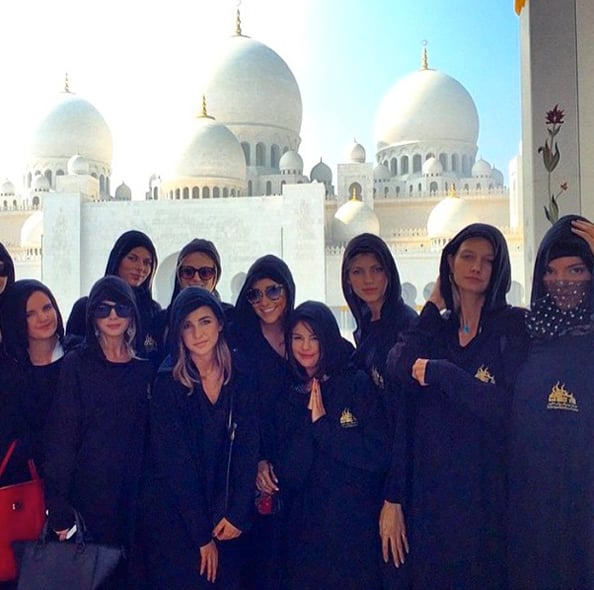 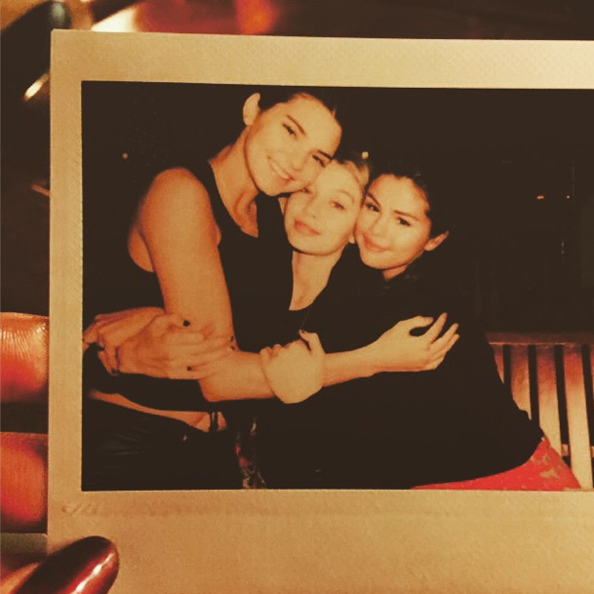 Although less controversial than Rihanna’s Grand Mosque visit where she posed sultrily for various photographs inside and outside of the Mosque wearing a black jumpsuit, the young group donned black abayas and headscarves and posed for various images, with Selena Gomez, 22, and Devon Windsor, 20, using the hashtag ‘blackisthenewblack’ in reference to the compulsory coverings.

The group were all in awe of the beauty of the Sheikh Zayed Mosque in Abu Dhabi. 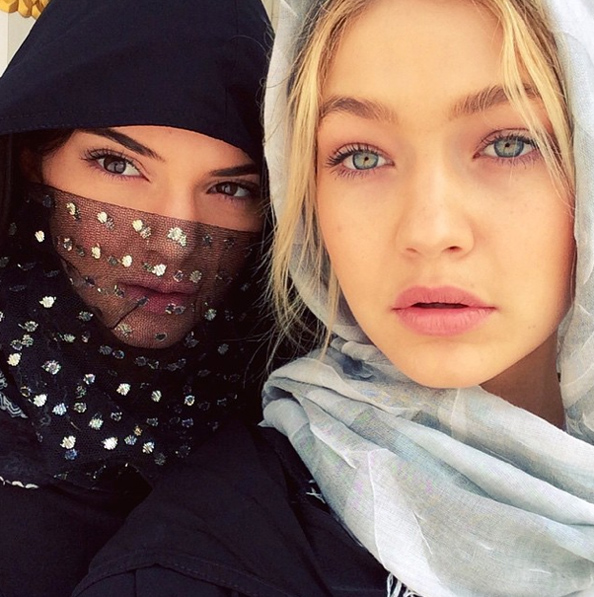 Gigi Hadid posted a selfie of herself and Kendall Jenner.

Via the image-sharing platform Instagram, each of the celebrities posted images of their experience. Cody Simpson, the 17-year-old Australian pop singer and Gigi’s boyfriend posted a photo of the Mosque’s exterior with the caption, “Sheikh Zayed Grand Mosque. What an awesome cultural experience here in the United Arab Emirates.” The rest of the group were similarly impressed with the structure and experience – Pretty Little Liars star Canadian Shay Mitchell, 27, wrote, “Simply stunning…” and “One of the most beautiful places I have ever seen…”, model of the moment Kendall Jenner, 19, called it an “incredible place” and beauty Gigi Hadid, 19, put it the most simply with “unreal”. 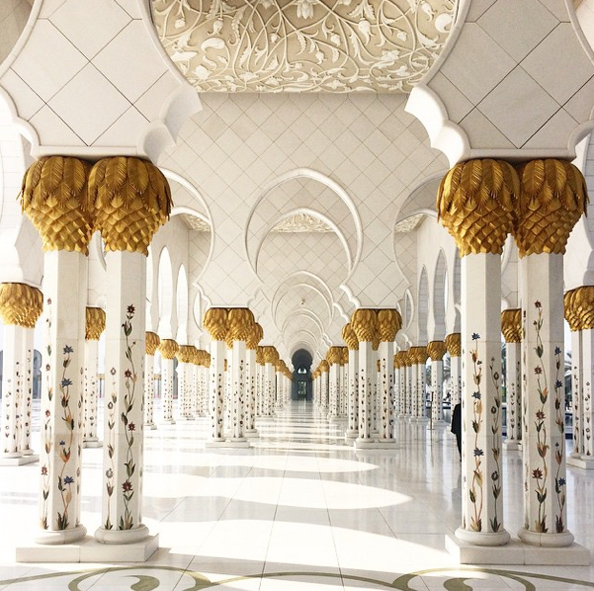 Gigi Hadid captured this beautiful shot of the Sheikh Zayed Mosque which she called “unreal”.

This digital-technology-loving group is also embracing the fun of retro technology as various photos of Polaroid photos are turning up on Instagram. Gomez and Mitchell both posted snaps from their Emirates flight. 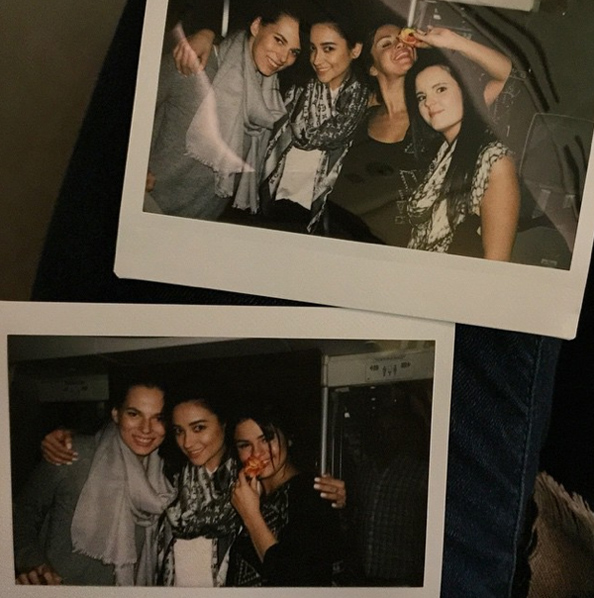 Playing around with a Polaroid camera on the Emirates flight to the UAE.

And what would a trip the UAE be without visiting the magnificent Burj Al Arab, known as the world’s most luxurious hotel? Kendall and Cody both posted images of breakfast with Gigi on a balcony overlooking the hotel. Shay Mitchell also posted a shot of the Burj Al Arab colourfully lit up at night with the cheeky caption, “not a bad view” and one of a group of 5 of the girls jumping for the camera in front of the sail-shaped structure with the joking hashtag “whitegirlscantjump”. 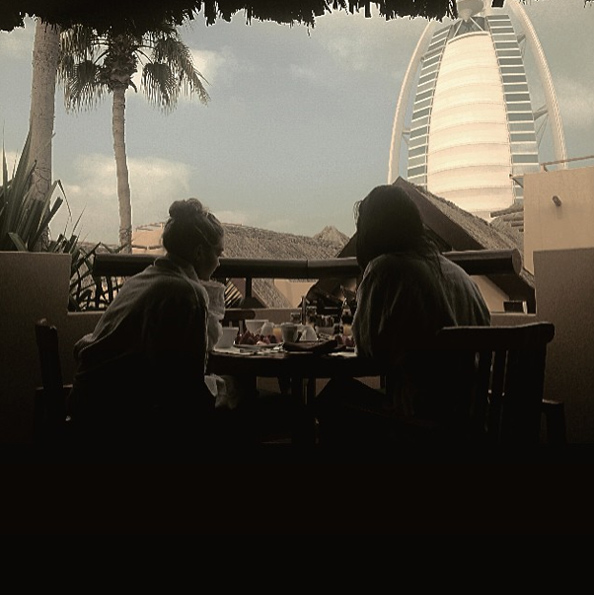 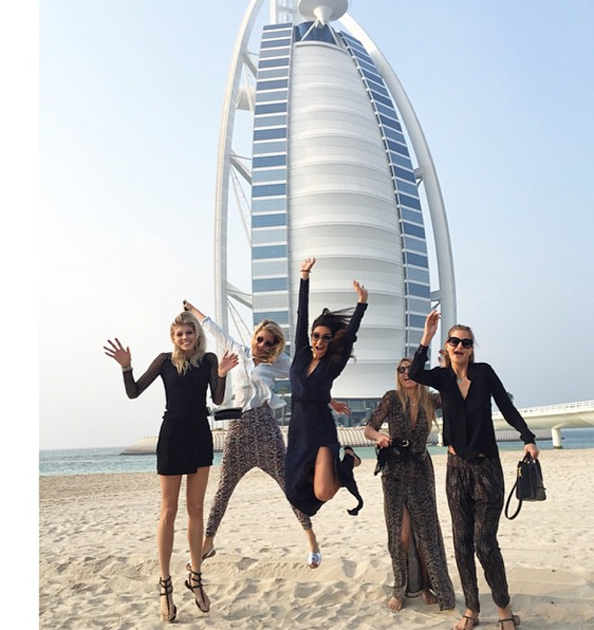 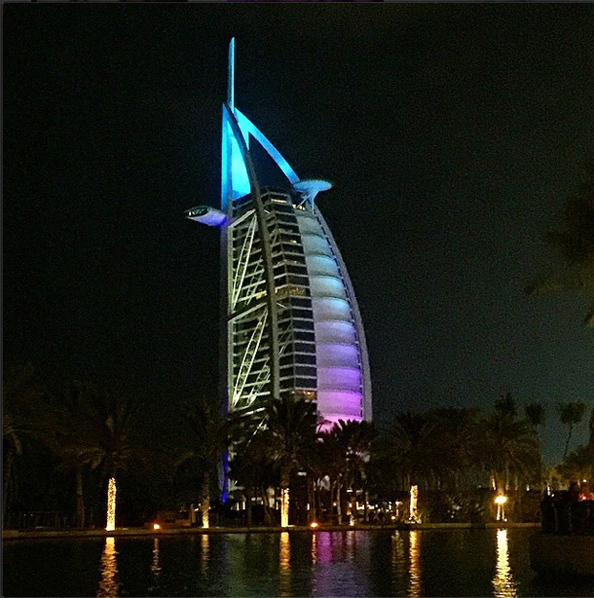 Shay Mitchell captures the beautiful view of the Burj Al Arab at night.

It seems that the group might be around to celebrate New Year’s Eve in UAE, but with several in the group being under the legal age for club entry perhaps they will opt for a private party instead.  We’ll be keeping a curious eye on their social media to find out.