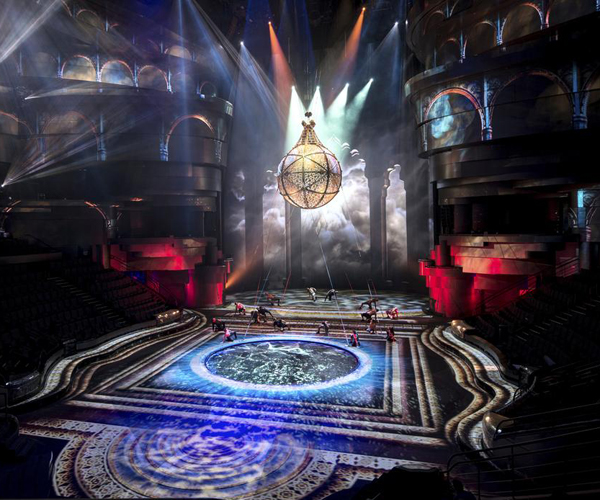 We got a sneak peek before Dubai’s resident aqua show opens later this month.

It only lasted for around 15 minutes, but it was enough to make us wish we’d stuck with the after-school gymnastics.

In a short preview performed for select media on Wednesday, La Perle by Dragone provided such thrills that our desk-based job has never looked less exciting.

Dubai’s first permanent show is set to lift its curtains on August 31, after months of dedicated preparation from 65 gymnasts flown in from across the world. 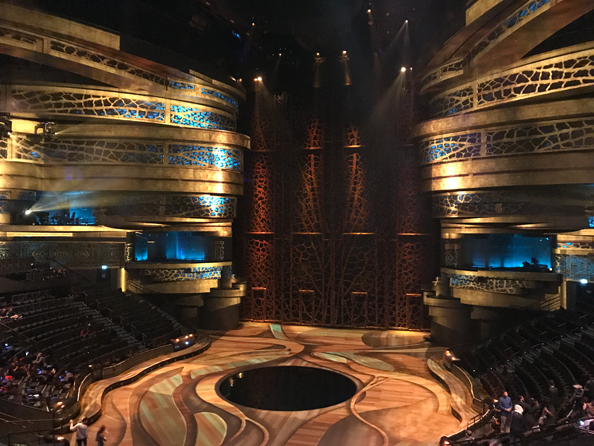 Read:
This Dubai-Based Model Just Had The Most Insane Wedding Celebrations
Some Of The British Royal Family’s Most Famous Jewels Have A Middle Eastern Link

Under the helm of legendary director Franco Dragone, the man behind several Cirque du Soleil shows and Celine Dion’s Las Vegas residency, a custom-built 1,300-seat theatre has risen up in Al Habtoor City that’s a little different from the usual.

For not every stage can be flooded with 2.7 million litres of water in almost the blink of an eye.

And while we were expecting some backflips and some downpours, we weren’t quite expecting this:

Sense-stimulating projections swept across the entire auditorium (some of which gave us Michael Jackson Earth Song vibes), music crescendoed, and while we’re not sure we exactly got the storyline in the snippet we saw, we didn’t care.

As waterfalls gushed from the sleek yet stark backdrop, and the heavens opened in a torrential downpour, jaws dropped and camera phones lit up.

We got a sneak peek at Dubai’s first permanent stage show, @laperledxb, last night. Find out more about the Franco Dragone creation (and see more clips) on emirateswoman.com now #laperledxb

Eyes were blasted with bleak, urban cityscapes, elephants roaring, a, er, large-trouser-wearing jester, enveloping carpets of dry ice and swirling whirlpools of lasers… after just the first 30 seconds, we already felt like we were inhabiting another realm.

La Perle isn’t just a performance; it’s something akin to a living, breathing, thriving organism that feeds on a rapt audience’s gasps.

In short, we’re in for something which Dubai has never before seen the likes of. 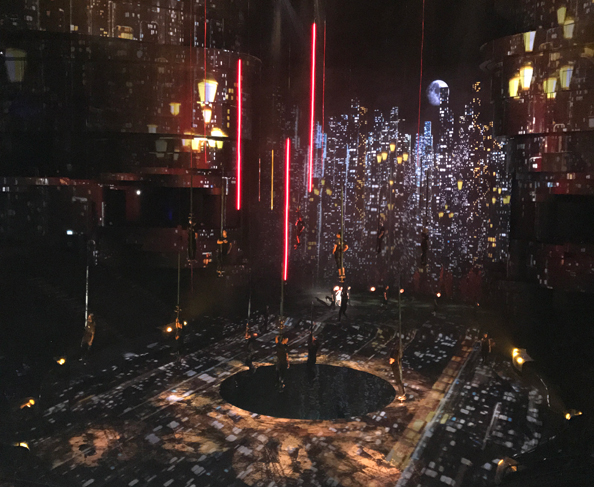 “Never have we pushed so far the envelope than with this,” teased Dragone as he addressed the crowd before the lights dimmed.

With only 14 rows wrapping around the stage, and fearless acrobats nail-bitingly teetering and whizzing above the crowd, there’s no such thing as a bad seat at La Perle. The immersive show, which takes inspiration from Dubai’s “rich cultural past, vibrant present and aspirational future”, will welcome audiences from August 31.

Performances run from Tuesday to Friday at 7pm and 9.30pm, and on Saturdays at 4pm and 7pm, with tickets starting from Dhs400.

And after what we saw this week, we’ll do anything to be there on opening night, in the front row with a shower cap already in hand.

For more information and to book, visit the website or call 800 LAPERLE.