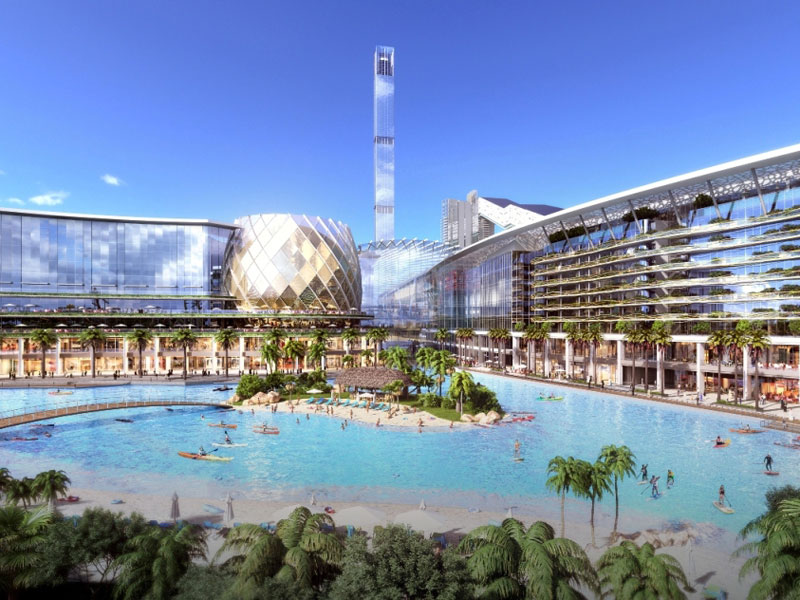 Another day, another new shopping destination announced for the city… gosh, isn’t living in Dubai just so tough?

However Meydan One isn’t going to be your average mall – not by a long shot.

In a city that likes to go big, this mega-development aims to go even bigger, and is set to feature the world’s longest indoor ski slope and the world’s largest dancing fountain.

What’s more, the sprawling shopping paradise is also going to include a nifty retractable roof, so you can peruse al fresco in the cooler months but be encased in delicious air conditioning come summer. It’s literally the best of both worlds. 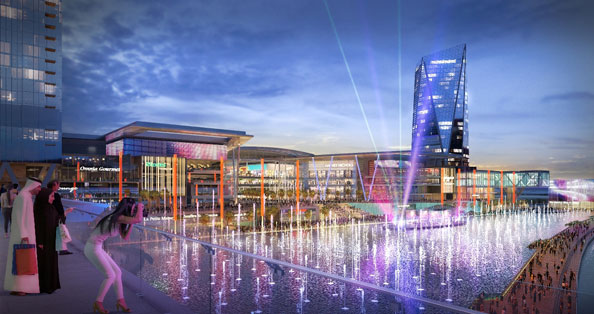 Read:
Bargain Hunters, Here’s What You Can Find At Dubai’s Newest Mall
Shop ‘Til You Drop: New Malls To Open In Dubai And Abu Dhabi
#RockTheAbaya? These Women Certainly Do
UAE Parents, You Need To Be A Millionaire To Put Your Child Through School

Covering more than 30,000 square metres, Meydan One Mall will be made up of indoor and outdoor multipurpose space, with 529 shops, 90 eateries, two major department stores, and a huge hypermarket.

It’ll also become your new workout hotspot thanks to a 25,000-square-metre sports facility being built on-site.

Yep, that’s right – not only will you be able to pick up a new wardrobe and meet friends for a coffee, at Meydan One you’ll be able to have a knockabout on one of its many multi-purpose courts.

Meydan One’s also looking to steal the Mall of the Emirates’ crown with its indoor ski slope, building a one-kilometre-long icy stretch to dwarf Ski Dubai’s longest run of 400 metres. 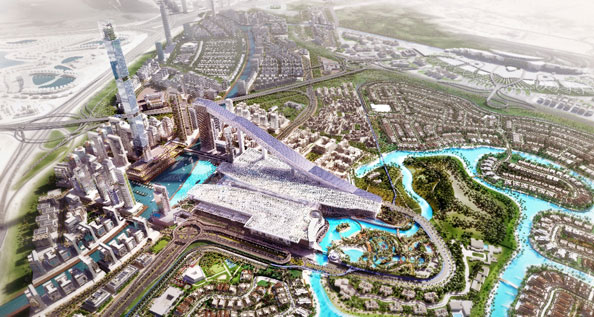 However the project isn’t just about a mall – it’s actually just one part of an even bigger vision.

The Meydan One mega development was launched in August 2015 by His Highness Sheikh Mohammed bin Rashid Al Maktoum, Vice President and Prime Minister of the UAE and Ruler of Dubai.

Located in the area between the Meydan Hotel and Al Khail Road, the integrated city will include a 711m-high residential tower and a 300-metre-long beach. 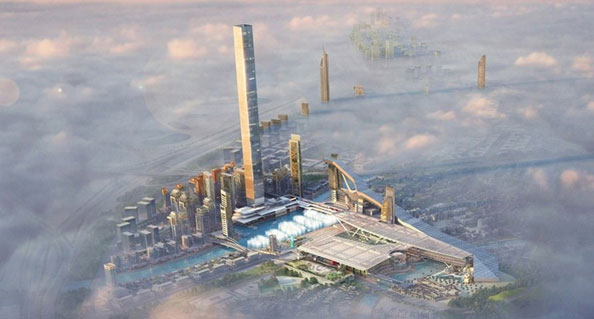 “This development is a forward thinking, interactive enterprise geared towards the Dubai of tomorrow. The encouragement and support we have received in the past from our trusted partners will now help the Meydan One development come to life. The first phase will be completed as Dubai prepares to host the World Expo 2020,” said Saeed Humaid Al Tayer, Meydan’s Chairman.