Yes, We're Finally Getting A Hijab Emoji Next Year

UP Next
X
Bowled Over By The UAE: Paule Ka's Creative Director Shares...
Emma Day
November 14 2016

In a week where women revealed they were now too scared to wear their hijab after Donald Trump’s US presidential victory, there’s been a significant win for diversity.

A campaign to intoduce a hijab emoji to keyboards has been successful, giving a much-needed boost for inclusivity following a wave of Islamaphobia in the States over the weekend. 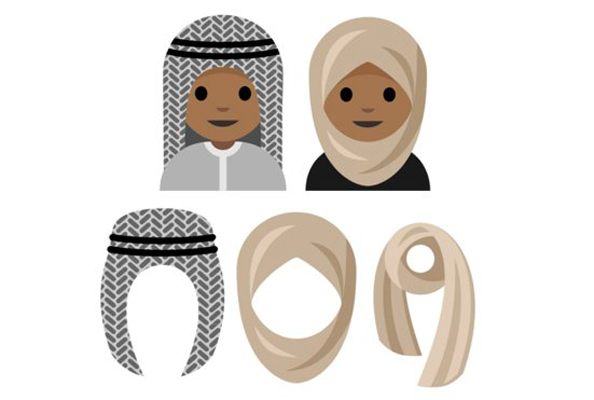 Read:
This Saudi Teen Is Campaigning To Introduce A Hijab Emoji
Camilla, Duchess of Cornwall, Gets All-Female, All-Hijabi, Security Team During UAE Visit
Six Times That Hijabi Models Made Global Headlines
What A Trump Presidency Might Mean For The UAE (And Women Around The World)

However an image of a woman in a headscarf will be added to smartphones in 2017, along with more than 50 other emojis.

Among the newcomers include a pretzel, a woman breastfeeding, and a man and woman practising yoga.

“Women all across the globe choose to wear the headscarf because of its evident indication of their faith and identity. However, the hijab stretches much further than a piece of cloth on your head. It also influences the way you talk, the way you act and ultimately, your lifestyle. To say it’s an integral aspect of women’s lives is an understatement,” Alhumedhi wrote in her pitch to the Unicode Consortium, the non-profit responsible for developing new emojis.

“The addition of the hijab emoji will prove to be a step forward in tolerance and diversity. It is distinctive and holds a lot of spiritual meaning to millions of women across the globe, recognising its importance will ultimately showcase great appreciation from the Muslim community.”

The announcement of the hijabi emoiji, which will join a range of other diverse images including different skin tones and religious references, was met with praise on social media.

A hijab emoji. In a world that is increasingly backwards, there is hope that technology will continue to be progressive. https://t.co/W5ZBo7Rx4K

Creating a woman in a hijab emoji is another small step forward! 👏🏼👏🏼👏🏼 https://t.co/4qVgYnbRMX

Alhumedhi hopes this is the start of embracing Muslim women on social media, and hopes the emoji could be further developed one day.

“I think it’s important to have a diverse set of emojis to represent all cultures,” she told Metro.co.uk.

“Especially the hijab, which is misrepresented in so many ways. There’s this idea that it’s an obstacle in our lives. It would be great to see an emoji of a girl running with her hijab, or a bride wearing her hijab.

“Though it’s a small thing, it can greatly impact how people view us. If people see it when they’re choosing their emojis, they won’t be surprised when they see real examples.’

There’s no official release date, but it’s likely the new emojis won’t be available until mid-2017.