Flying Cars Really Are Coming To Dubai – And Very Soon 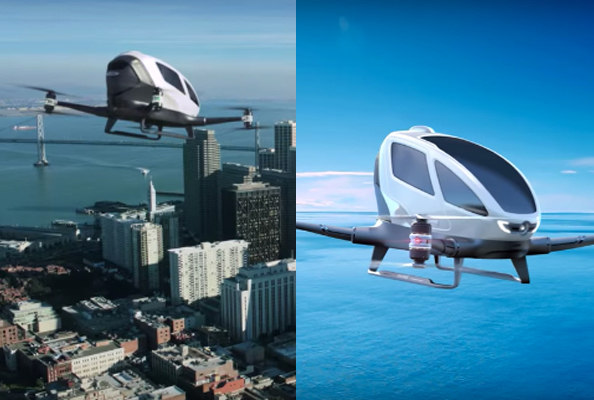 Dubai is definitely a city of the future (world’s first Hyperloop, anyone?), and the latest transport option set to come to the emirate is no exception.

Flying cars will be launched in Dubai, the Roads and Transport Authority (RTA) has announced, and the trials will begin as soon as this summer.

“Dubai [will] operate the first Autonomous Aerial Vehicle (AAV) capable of carrying a human this July,” said Dubai Media Office in a statement.

Read:
Are These Dubai’s Most Instagrammable New Cafes? We Think So…
Yes, A Dubai-Themed Monopoly Game Will Soon Be In Stores

The futuristic little pods are completely driverless – so don’t worry if you haven’t got your pilot wings – with a little touch screen that shows a map of destinations via pre-set routes.

The cars are designed by Chinese company Ehang, and they’re not just a pipe dream – the vehicles have already made flights right here in Dubai.

“The AAV exhibited is not just a model; it is a real version that we have already experimented the vehicle in a flight in Dubai sky,” Mattar Al Tayer, director general and chairman of the RTA, said at the World Government Summit, according to The National.

The cars will be controlled by a central command centre, meaning passengers can just sit back and enjoy the ride.

Read:
A Saudi Prince Bought 80 Plane Tickets To Transport His Falcons In Style
Hurrah, You Can Now Rent A Car By The Minute In Dubai

They won’t be long-distance options, however, with the vehicles having a battery time of around 30 minutes and an ability to cover an area of 40 to 50 kilometres.

The AAVs can carry 100kg plus a small suitcase, so they could make a great commuter alternative to Sheikh Zayed Road.

And don’t worry about safety – the RTA stressed that the vehicles, which can reach up to 160 kilometres an hour, can survive malfunctioning.

“We have addressed the highest levels of security in the designing and manufacturing of the Ehang184. The vehicle is fitted with eight main propellers,” Al Tayer said, The National reports.

“In case of any failure in the first propeller, there would be seven other propellers ready to complete the flight and a smooth landing.”

The launch of the AAVs follows the directives of HH Sheikh Mohammed bin Rashid Al Maktoum, Vice-President and Prime Minister of the UAE and Ruler of Dubai, to “transform Dubai into the smartest city in the world”, said Al Tayer.

In fact, the RTA revealed this week that 25 per cent of journeys in Dubai could be driverless by 2030.

Back To The Future might have predicted we’d see flying cars in 2015, but it looks like the film wasn’t far off…