Would you take a walk 200 metres above Dubai? 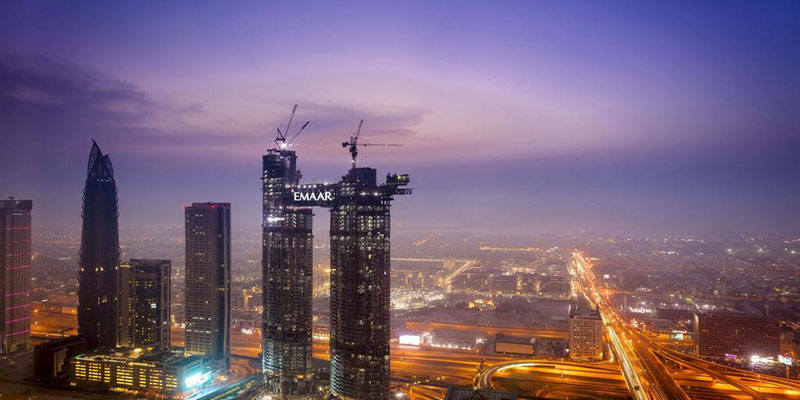 This one definitely isn’t for the faint of heart…

Dubai isn’t exactly short of things to do if you’re an adrenaline fiend. If you’ve already skydived, swum with sharks, and zip-lined, you’ll be thrilled to hear there’s a new attraction coming to the city. It’s sure to raise your blood pressure.

Soon, those of us with nerves of steel will be able to walk in the open air, 200 metres above Downtown Dubai. The 30-metre Sky Walk is part of Emaar Properties’ Address Sky View, The National reports, and will be attached to one of the towers.

You’ll be safely harnessed in, but still. If you’re scared of heights, this probably sounds like a nightmare. That’s a long way down.

“Appealing to adventure seekers, Sky Walk will add to the touristic appeal of the city and offer visitors a never-before experience,” Mohammed Alabbar, chairman of Emaar Properties, told The National.

“Lifting the Sky Walk in place is a true engineering feat accomplished seamlessly by a team of experts from across the world.”

If you can stomach it, you’ll be treated to outstanding views of the Burj Khalifa and the Dubai Fountain. The structure might look a bit familiar, too. It’s designed by Skidmore, Owings and Merrill, who were also behind the Burj Khalifa. If you check the video below, you’ll see it was quite a process…

It’s not clear right now when the Sky Walk will open, but we’ll keep you updated.

This is the second new way to get your get your heart racing that we’ve heard about in recent weeks. The UAE is also getting a zip line that’s set to be the world’s longest, and it will be on top of the Jebal Jais mountain in Ras Al Khaimah.

The so-far-unnamed attraction, which will span more than 28 football fields in length, will also be the world’s highest zip line according to Ras Al Khaimah Tourism Development Authority (RAKTDA).

While the exact length won’t be revealed until its opening in the first week of December, it will break “The Monster” in Puerto Rico’s current world record of 2,200 metres, RAKTDA added.

Between these two and the UAE’s existing ways to give yourself a heart attack, we’re thinking Dubai thrill seekers are pretty well covered.