World’s Highest Swimming Pool Will Be In Dubai 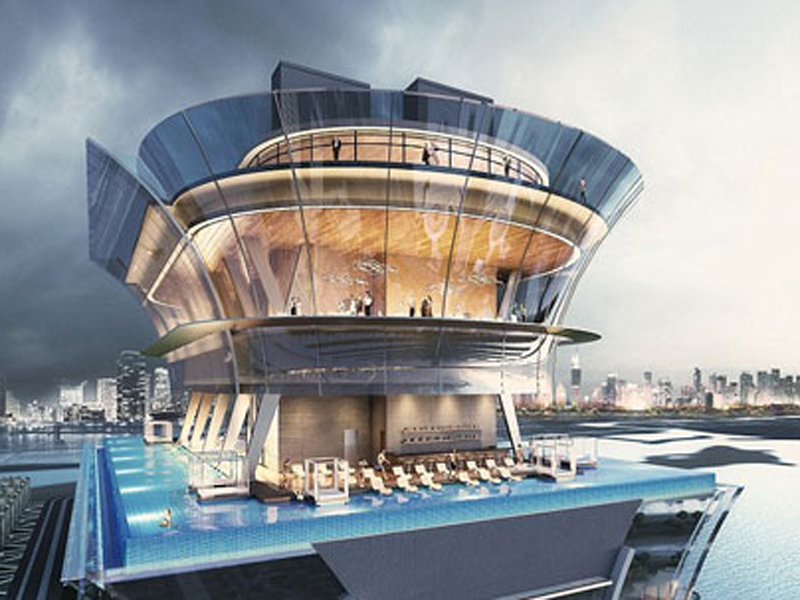 With 365 days of sunshine (well nearly), swimming in Dubai’s many beaches or luxury pools are a favourite pastime among residents and tourists alike, which is why news of a new super-high swimming pool with unrivalled views of the emirate has had us reaching for our bathing suits.

The world’s first 700ft above street level infinity pool with 360-degrees views will be located on the 50th floor of the new The St Regis Dubai, The Palm hotel, which is targeted to open in 2018.

Related Story: 10 Incredible Achievements In Dubai In The Past Decade

The competition, among hotels on the Palm, to standout is high (no pun intended), but it seems the St Regis Dubai, The Palm is certainly going all out to make a hotspot that tourists will definitely want to flock to. 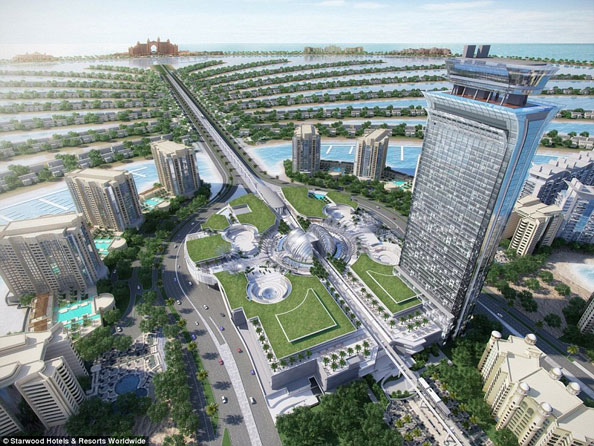 The statement-making pool will border all four sides of the lavish tower, and will offer views of both the Arabian Gulf and Dubai’s iconic skyline. Basically, it’s an Instagrammer and selfie lovers dream –#myview, #mydubai, #living.

The St Regis Dubai, The Palm will be set within the Palm Tower – a 52-storey building planned for Dubai’s Palm Jumeirah – which, talking of record-breaking feats, is the world’s largest artificial island. According to Starwood the hotel will have 289 guest rooms, while suites will span the first 18 floors of Palm Tower, and the upper floors will have 504 luxury apartments. 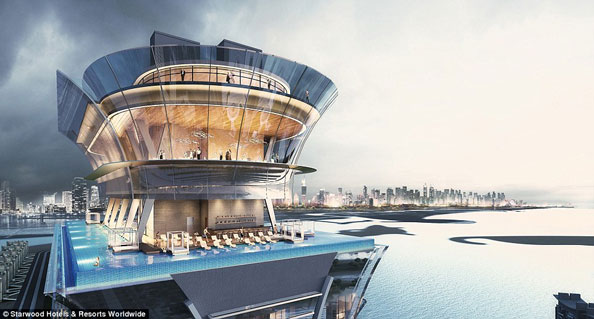 St Regis is part of the Starwood Group which partnered with local company Nakheel Properties to build the magnificent tower and pool. The hotel (which will have289 guest rooms) will be St Regis’s fifth in the UAE and second in Dubai – the other recently opened in Al Habtoor City.

The pool won’t be the highest point on the new hotel, there will be a restaurant in the 51st floor and a public rooftop viewing deck on the 52nd floor.

If you love getting your tan on, or simply love taking in Dubai’s mesmerising panoramas, then this pool is definitely where you will need to go.

Check out how much Dubai has changed since 2013