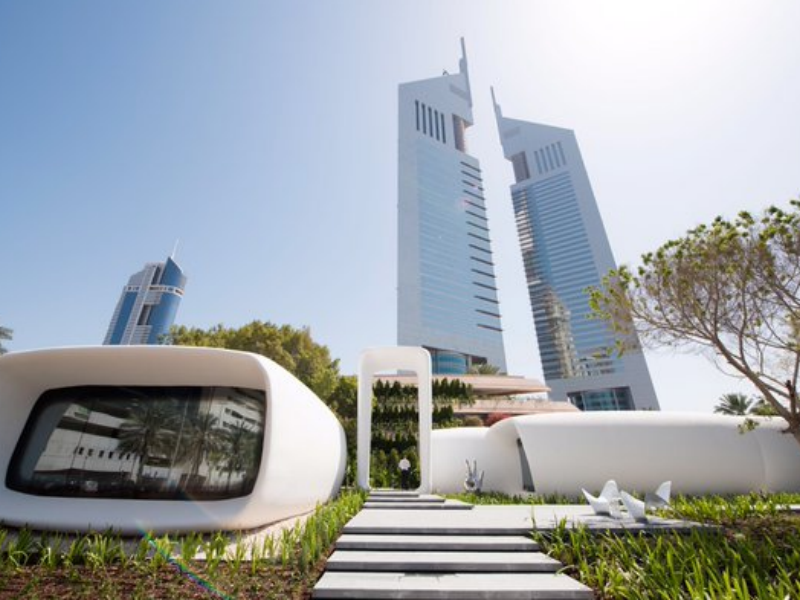 In another world-first, Dubai has unveiled the first ever fully-functional 3D-printed office building.

The building, dubbed the Office of the Future can be found down at Emirates Towers, and will act as a temporary office to the Dubai Future Foundation – an independent body with the aim of researching future technologies in the UAE established in April this year by His Highness Sheikh Mohammed bin Rashid Al Maktoum, Vice-President and Prime Minister of the UAE and Ruler of Dubai.

The 3D-printed office only took 17 days to print, and took two days to install on site. The building was constructed from a special mixture of cement as well as building materials from both the UAE and the United States, with all of the construction materials having undergone reliability testing in China and the United Kingdom.

Here’s a video showing the printing process that went into constructing the Office of the Future:

The building has a floorspace of 250 metres, and offers room for exhibitions, workshops and events – with the shape of the building being that of an arc to ensure structural stability.

The 3D printer used to print the parts for theOffice of the Future measures 20 feet high, 120 feet long and 40 feet wide, with the whole process requiring a small team of one person to monitor the printer functions, seven people to install the building components on site and 10 electricians and specialists to oversee the engineering.

Due to this, labour costs were cut by more than 50 per cent compared to buildings of a similar size.

Sheikh Mohammed said at the opening: “We announce today the opening of the first 3D-printed office in the world, after less than a month of launching Dubai’s 3D printing strategy which showcases a modern model of construction.

“This is an experience we present to the world on implementing future technology in our lives, and it represents a new milestone for the UAE as a global leader in strategic achievements.”

Sheikh Mohammed continued: “We implement what we plan, and we pursue actions, not theories. The rapidly changing world requires us to accelerate our pace of development, for history does not recognise our plans but our achievements.” 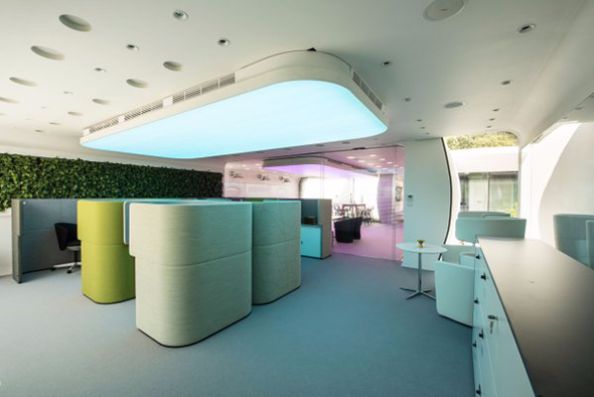 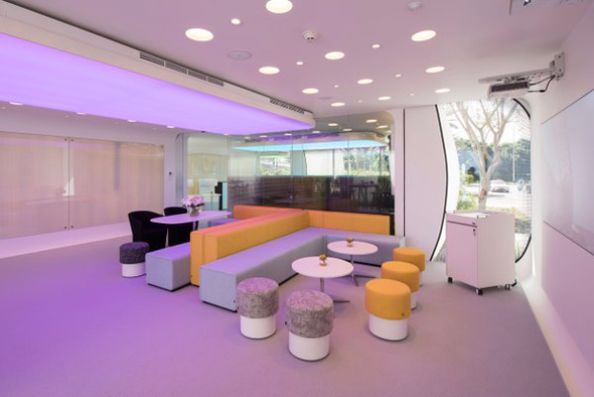 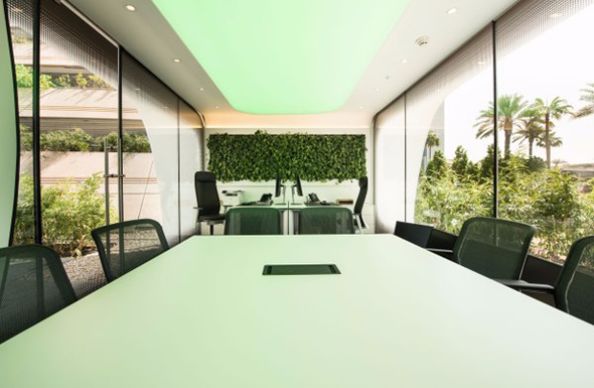