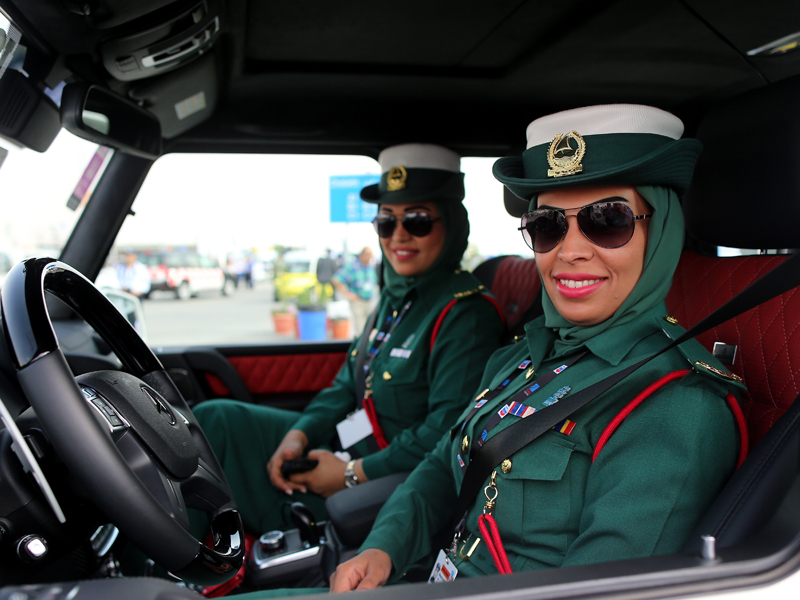 This really is the year for women in the UAE. It’s only March and already we’ve seen eight ministers appointed major roles in the government, the first Global Women’s forum was held in Dubai and now the Dubai Police are putting together an all-women squad – 2016 rocks for women in the UAE.

In a forward-thinking approach to safety and diversity, the General Department of Organisations Protective Security and Emergency of Dubai Police have decided to launch an all-women squad to guard the emirates’s markets.

The planning is for the all-female force to combat theft and fraud in the the areas. The squad’s role will also entail reviewing problems within the markets and the dealing with issues involving women in order to “avoid embarrassment”. According to the Khaleej Times, the squad team will be selected from “policewomen appointed at various police stations, with experience in protecting VIPs and guarding the convicts. They are trained continuously to gain more experience through workshops and courses.” The police officers will need to speak fluent Arabic and English.

Related Story: Why It Rocks To Be A Female In The UAE

A couple of squads have already been deployed with two policewomen patrolling in Deira Gold Souq. Two more policewomen will look after Bur Dubai near Al Fahidi Street.

The female officers won’t be working at night as, according to Khaleej Times, “most of the female shoppers visit the markets during the daytime.” 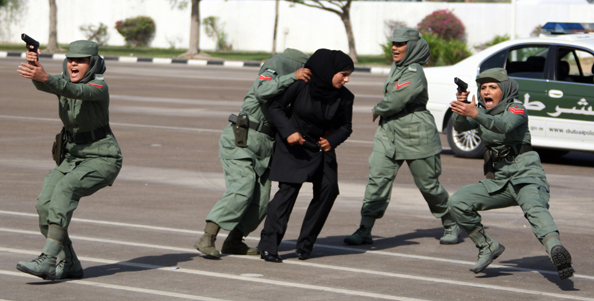 While the all-women squad is a huge advancement in the Dubai police force, it is not the first time female officers have been in the spotlight.

Related Story: “Empower A Woman And You Empower A Society”  – Queen Rania

The Sheikh said: “The squad members have demonstrated efficiency and enthusiasm in performing tasks that were once restricted to men. I feel very proud when I see the Emirati girl perform the same duties of men, as this helps reflect a positive image about capabilities of UAE women.”

While in 2013, General Department of Organisations Protective Security and Emergency of Dubai Police announced the introduction of a female anti-riot squad in its anti-riot team.

The first of its kind in the UAE, the initiative coincided with the 25th anniversary of Dubai Police Academy and the graduation of the 20th batch of students.