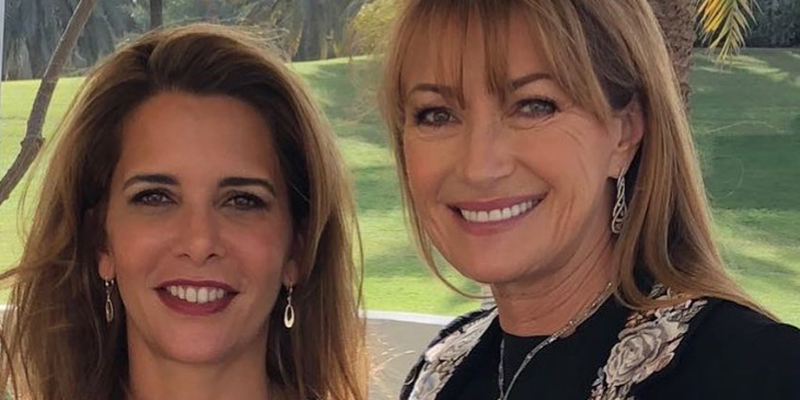 The royal and the James Bond actress have a shared passion for philanthropy.

They might live thousands of miles apart, but they have one significant shared interest.

So HRH Princess Haya bint Al Hussein and Jane Seymour likely had a lot to talk about when they met up in Dubai this week.

Read:
The desert around Dubai is getting an eco-friendly makeover
Guess what Nancy Ajram’s been up to in Dubai…

The royal and the famed actress are both hard-working charity campaigners and humanitarians, who have dedicated much of their careers to helping give a voice to those in need.

Seymour, who’s starred in 007 film Live and Let Die and East of Eden, was in the emirate with her Open Hearts Foundation, a “social impact accelerator” that helps empowering emerging nonprofit organisations.

The Golden Globe winning star, who established the foundation in 2010 with filmmaker James Keach, was a guest of honour at DHL’s Got Heart charity challenge at Atlantis The Palm.

These brilliant individuals are winners of the DHL’s Got Heart charity challenge from all around the world. It was so inspiring to see how each of these individuals made a difference in their community in small ways that made a big difference. I love that DHL has a policy to let employees take time from work to volunteer in their communities. The company really promotes giving back! #DHLsGotHeart

“It was so inspiring to see how each of these individuals made a difference in their community in small ways that made a big difference,” Seymour, who also has an Emmy to her name, posted on social media following the event.

While in town, the star met with Princess Haya, with the royal sharing a snapshot of the two with her 326,000 Instagram followers.

“Meeting Jane Seymour today was amazing; she is so vibrant, and so real,” HRH captioned the image.

“She is a person who uses everything she is – and has – to make other people’s lives better, and to contribute in very powerful ways to women and communities. Through the Open Hearts Foundation, she does wonderful work to empower people to transform adversity into opportunity.

“Jane is incredibly beautiful inside and out, and her values, heart and humility shine as bright as her beauty.”

The royal also toured the Al Jalila Children’s Specialty Hospital on the same day, though it is not yet known if she was accompanied by Seymour.

“He is a person I have admired and respected all my life,” the royal wrote alongside a collage of images from the day.

“The contribution he has made to medicine is an example and inspiration for all the Arab World.”

Read:
Sheikh Mohammed takes his daughter back to his birthplace
Sheikh Hamdan’s latest getaway has him in Aspen

As well as supporting the children’s hospital, Princess Haya has funded a formidable charity trek to Everest and campaigned for World Food Day in recent months.

It’s not yet known if the royal and Seymour have plans to join charitable forces, but we’ll keep you posted.