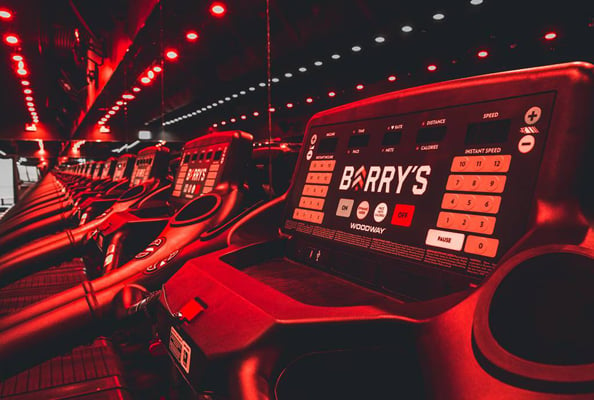 There was grimacing, there was sweat, and there were definitely sore muscles the next day…

On walking into Barry’s Bootcamp in DIFC, the first thing we noticed were the pot of ear plugs on the reception desk.

“Ear plugs? Whatever for?” we naively asked. They would be to deafen out the house music that is playing off the richter scale in the training room. Oh. Yes. Of course.

The workout class beloved by celebrities aplenty – where you can apparently burn up to 1,000 calories – has just launched in the Middle East, so we decided to put it to the test.

On entering the darkened workout room, we were each given a number for the ‘tread’ (treadmill or running machine to novices) or the ‘floor’ (think weights and individual benches).

Read:
The Bootcamp Beloved By Many A Celebrity Is Coming To Dubai
These Emirati Athletes Are So Inspirational, Nike Have Snapped Them Up

All you need to do is stick to that number and essentially hop between the two for different intervals instructed clearly and skillfully by the trainer. Maybe it’s a plank for 30 seconds followed by mountain climbers, or a 45-second uphill sprint followed by a 30-second walk.

The aim of the game is to shock your body and increase your heart rate which, they say, ultimately leads to fat loss.

Loud music we can handle. Running on a incline at sprint level, maybe not so much. But that’s the point, according to the microphone-clad trainer bouncing around the gym. 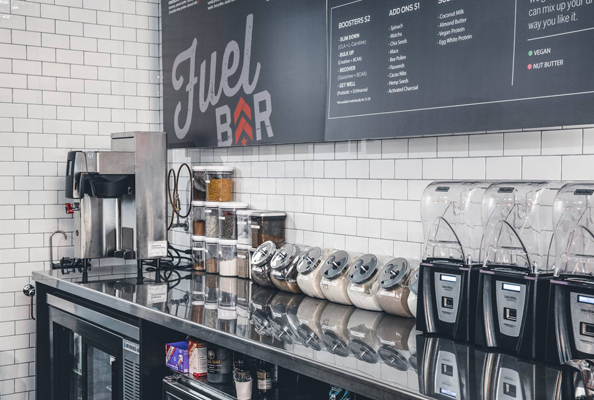 “You have to push your body where you’ve never been before to make a change or even maintain what you’ve got” was just one of the motivating lines he shouted out to us in between calling out “treads, SPRINT!”

At the end of the 50-minute class, with veins we’ve never seen before pulsing out of our foreheads, faces the colour of rhubarb and limbs shaking like jelly, the trainers asks: “Hands up who ran faster than they thought they would at the beginning of class?” Followed by a row of 10 twitching biceps with hands in the air. Job done.

As we clambered down off the treadmill and threw ourselves into the shower, we note quality toiletries, a rather spacey changing area and the best bit – icy cold air conditioning which cooled us down in no time.

Read:
This Dubai Designer’s Wedding Dresses Are Seriously Out Of This World
This Giant Sportswear Label Is Launching An Activewear Hijab

Before we left we grabbed a shake from the fuel bar, where they are whizzing up all sorts of shakes and smoothies to hydrate, boost muscle growth and what not (we recommend the Super Food Flex).

So, is it any better than the other HIIT (high intensity interval) workout classes in Dubai, you ask? Well, it’s slick, it’s clean, they’ve flown in super-duper treadmills from the States, and if it promises a body like Jessica Alba, then it gets our vote.