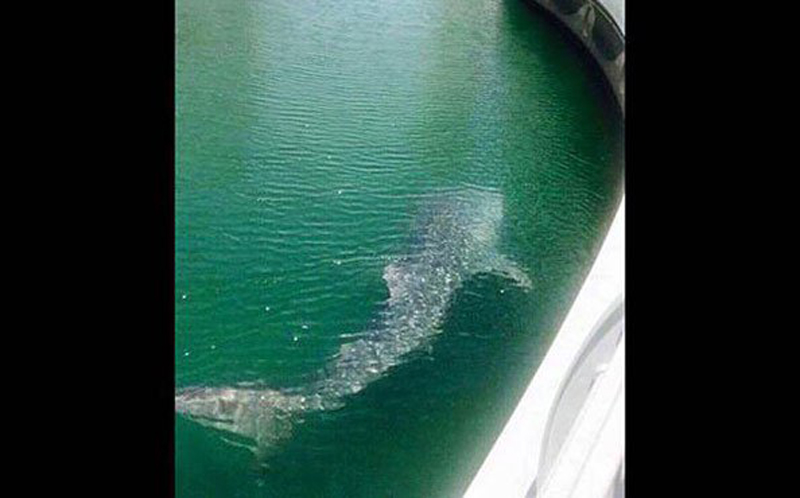 You might want to think twice before heading to the beach this weekend after a whale shark was been spotted swimming around Dubai Marina this afternoon.

No, it’s not a joke, nor is it a line from a Jaws remake script. A huge shark has been spot cruising through the waters at popular tourist spot Dubai Marina and we even have the photos to prove it.

Surprised onlookers took to social media this afternoon to share their snaps and videos of the whale shark spotted in Dubai Marina. One commentator, @Kharta3, posted a video of the huge shark, commenting: “Whale shark chilling at Dubai Marina.” While @Lanaalhaya’s Twitter picture shows just how enormous the shark is. 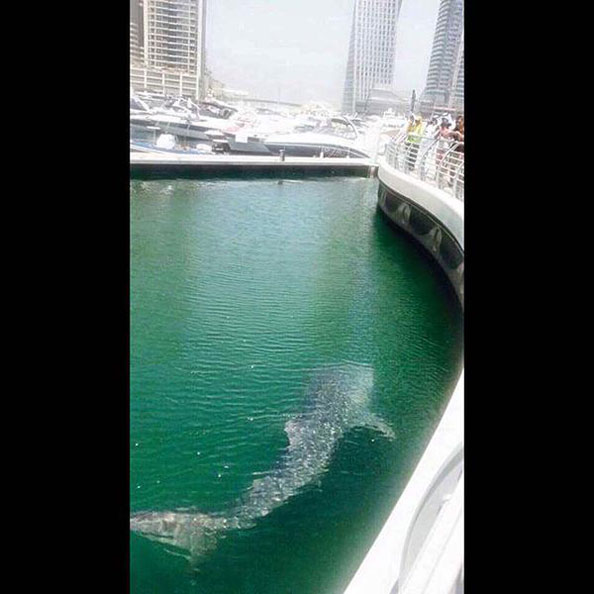 The whale shark in Dubai Marina

The shocking news comes just a few weeks after another shark report was made in Dubai. A beach-goer claimed to have spotted a shark swimming around the Palm Jumeirah. In fact, the sighting is so notorious that the shark now has it’s own Twitter account @dxbmarinashark

According to marine experts, the sharks are hard to track for definitive research, although it’s believed the females tend to travel to the Arabian Gulf to give birth. While whale sharks aren’t usually considered dangerous, Emirates Diving UAE have asked people to leave the shark alone if spotted as it will likely be able to find its way out of the Marina on its own.

The whale shark is a slow moving filter feeding shark and the largest known extant fish species, the sharks can grow up to lengths of 12 metres and weigh approximately 21 metric tons. There’s no need to worry though, their favourite meal is plankton rather than humans, and these docile fish have even been known to let swimmers hitch a ride, though we don’t advise it.